The costumed high-school hero Kick-Ass joins with a group of normal citizens who have been inspired to fight crime in costume. Meanwhile, the Red Mist plots an act of revenge that will affect everyone Kick-Ass knows.

In 2010 Kick Ass was released in cinemas, an independently financed film directed by Matthew Vaughn. Produced outside the studio system Kick Ass was able to stay true to Vaughn’s and writer Jane Goldman’s artistic vision and wasn’t picked up for distribution until after it was made. Now in 2013 we have the sequel Kick Ass 2 which has taken a more conventional route having been produced by Marv Films and Universal Pictures.

With Matthew Vaughn busy off on other projects this series was only able to retain him in a producing capacity, Jeff Wadlow took over both directing duties as well as writing the script based on the comic series by Mark Millar and John Romita Jr. The change in creative talent behind the film can be felt onscreen, Kick Ass 2 takes a similar artistic style and emulates many of the same sensibilities as the original film though it doesn’t feel quite as skilfully constructed nor is the film as well written as the original under Vaughn and Goldman’s influences.

Wadlow is clearly enthusiastic about the series, and he does well not to deviate too far from the spirit of the original film. Without ever quite matching the intensity or the drama, action or dialogue that came before it, Wadlow’s film finishes up a solid entry into the franchise. Fans should find plenty to enjoy here in terms of the over the top action, intense violence, and colourful characters but what they’ll also discover is that Kick Ass 2 delves into its central characters and takes its time progressing them through almost independent narratives.

Unfortunately the time taken with its central characters tends to leave much of the supporting cast as little more than one note, things could have been balanced out a little better but with so many characters in the film it’d be a difficult thing to pull off.

The broken structure across the three separate narratives is handled well enough by Wadlow, however the pacing of the separate arcs is a little mixed. The audience finds itself following two opposing tales of its main hero and villain, which is then slowed down somewhat with Hit-Girl’s arc which sits on the periphery as we wait for her to get back into the action. The content of her narrative isn’t necessarily unengaging, but doesn’t tie in as neatly with the rest of the film.

Kick Ass 2 still brings a lot of fun to the table with its action sequences, without an eleven year old actress delivering mortal blows to bad guys it doesn’t quite feel the same but there’s still plenty of gore and intense violence as you’d expect. After some surprisingly lengthy breaks in the action at times the film’s the third act reinvigorates itself with an entertaining final set piece that brings the film home.

In terms of performances Christopher Mintz-Plasse is a highlight, he continues Chris D’Amico’s increasingly unhinged path with a fun comedic flair, Chloe Grace Moretz is also solid in the film taking on a more dramatic and angst riddled role, Aaron Taylor-Johnson mostly continues along similar material to the previous film with less opportunity to stand out as much. Jim Carey’s role is an interesting one as Colonel Stars and Stripes, it’s a memorable role though he doesn’t steal the spotlight from the rest of the cast. It’s disappointing that Evan Peters wasn’t able to return for the role of Todd in the film, no doubt he’s been busy on X-Men: Days of Future Past but his replacement Augustus Prew didn’t work at all for me and felt quite disjointed from the rest of the film.

The score for Kick Ass 2 also deserves a mention, the original music comes from Henry Jackman and Matthew Margeson who have delivered a memorable soundtrack that captures the heart of the film so well.

Overall ‘Kick Ass 2’ is packed with a lot to like, there are fun characters, some brutal violence and Wadlow adds some excellent touches such as the comic style lettering for subtitles, ultimately however it never quite comes together as tight at the original, which set the bar high and was always going to be a tough act to follow. Having said that, this is still one that I recommend, I’m giving it 7 out of 10 stars, Kick Ass 2 is in cinemas from Thursday 22nd August 2013.

Finally as a brief moment of reflection, the original Kick Ass happens to be the first film I reviewed for AccessReel, and was posted to the site on 13th April 2010. Running the members screening and reviewing Kick Ass 2 has felt like something of a milestone for both the site, and my contributions to it. We’ve grown a lot in the last few years and it’s been a fun ride which doesn’t look like it’s going anywhere for now, so in this milestone review I’d like to thank Darran for bringing me into the team, Darran – I look forward to our screening and review of Kick Ass 3. 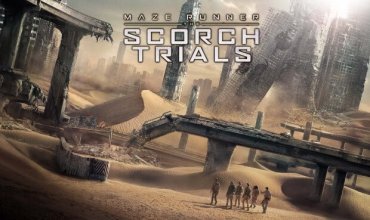