It was drilled into me at school: Never judge a book by it’s cover. Thus I should never judge a film by it’s trailer… but I just can’t help it!

The moment I saw the trailer for Kon-Tiki it went to the top of my ‘must see’ list. It looked like Life of Pi European style and I was totally up for a bit of that.

Based on a true story, Kon-Tiki tells the sweeping adventure of stubborn Norwegian explorer Thor Heyerdahl whose thesis claimed Polynesia was populated by South Americans that sailed 7000kms across the Pacific on nothing more than wooden rafts. Rejected by every publisher who laughed in the face of his seemingly fantastic theory, Thor (pronounced ‘Toor’ not ‘THor’ so don’t get too excited!) decides the only way to prove his thesis is to undertake the journey himself on the same rickety old craft.

Nominated for both a Golden Globe and an Academy Award for best foreign language film, I was startled to find that the film is entirely in English!! And I’m not talking dubbed voices – I mean the Norwegian actors deliver their dialogue in perfect English.

This came as quite a shock and, at first, caused disappointment for fear of losing depth of story via translation. However, Norway’s reputation for spectacular English is not ill-founded: The film played out like your everyday Hollywood flick and I was quick to forget I was technically watching a foreign film.

The crew shot everything twice: once in Norwegian and once in English. Tedious as this would have been, it helped secure international funding and will no doubt increase audiences.

Shot on a tidy little budget of around $16.6 million (to give you an idea, the latest Die Hard flick cost $92 million) the film looks surprisingly good. It has a shimmery, glossy look to it similar, in parts, to Martin Scorsese’s  Hugo and, aside from a few overly chubby sharks and some comically scraggly beards, the special effects look pretty good.

Reminiscent of Lawrence of Arabia with it’s epic international locations, the film was shot in The Maldives, Thailand, Malta, New York, Sweden and Norway to name a few. The locations are all well chosen and saturated to the nines: their startling colours and rich interpretation of culture make exploration seem an attractive profession (or atleast it makes you lament globalization and it’s resulting mass-westernisation of the world.)

The acting is solid despite many of the actors doing little but TV and short films prior to Kon-Tiki.

In fact, the only real complaint I have about this film is that it appears to have been almost too true to the original source material.  Despite the crew encountering several dramatic scenarios enroute, you never feel like things get really desperate. Let’s be honest, we do like a bit of exaggeration and despair in our films and could have done with a little more over-dramatisation.

This bold attempt to break foreign markets by the Norwegian film industry is to be admired and I hope they do well.

It is a great film that takes you back to the good old days of Sunday afternoon cinema where you left all your modern woes at home and got lost in a grand adventure. 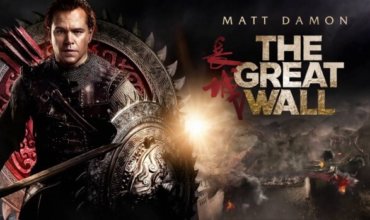 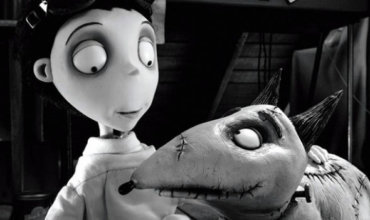