Set in 1971, towards the end of the Vietnam War, a team of scientists and explorers take an escort of army personnel to an uncharted island in the Pacific, chasing the myth of monstrous pre-historic creatures and new biological discoveries. They soon discover the myths are true, and that if the group are to survive, they must get to the army’s extraction location at the north end of the island in just three days. Along the way, they team up with Hank Marlow (John C. Riley), a WWII pilot who crashed on the island almost three decades earlier. When they unknowingly awaken a beast even larger than Kong, from beneath the earth, the team soon find themselves in a fight for their lives, and for the future of the peaceful island-dwellers.

The film is an exhilarating chase through jungle and sky, and those expecting loud fighting and fiery explosions will not be disappointed. The excellent 70’s soundtrack deserves a mention, for its ability to emulate the zeitgeist.

Through several well-placed phrases and symbolic moments, there is a repetition of the idea of humankind creating its own enemy, and several comparisons between the on-screen fighting against Kong and the Vietnam War. In particular, there is an emphasis on the idea of Americans entering into a fight and a land that isn’t theirs, leading to a heavy anti-war sentiment throughout the film.

Kong: Skull Island is a well-paced action film that delivers classic ‘David-versus-Goliath’ fight scenes. However, once Kong is given some form of kindness, humanity and child-like innocence, scenes of violence against him become confronting. These scenes, juxtaposed with casual, cheap humour, mean the film fails to come to any serious conclusion about the darker themes within it, such as affects of war on men.

Diversity within the main cast feels as though they are attempting to fill a quota of ethnicities. All the POC feel stereotyped, except for Houston Brooks (Corey Hawkins), who unfortunately receives little screen-time. Characters such as Conrad (Tom Hiddleston) and Mason (Brie Larson) are one-dimensional and faultless, possibly due to the number of main characters and the available time on-screen for each backstory. Characters like San (Tian Jing), for example, play almost no role in the film, and the film’s hinting at a romance between Conrad and Mason is unfounded and cringe-worthy, wasting valuable screen-time.

The use of special effects, montage and unique lighting make for a visually interesting film, but the CGI of Kong seems to lack realistic proportions and movements, creating discordance between live actors and animated monsters.

Overall, this film attempts to do too much, in too short a time, leading to a lack of depth beneath the visual spectacle. I would rate this film 6/10. 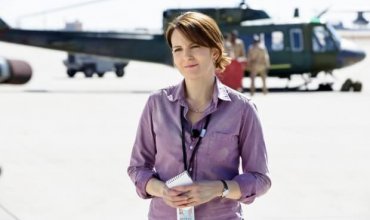 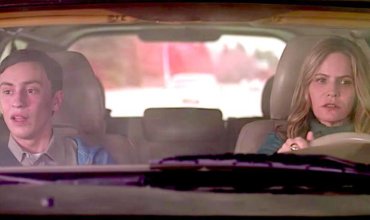