It is with this bold statement made in the opening scenes of Life of Pi that we realise we are in for something epic.

Director Ang Lee brings to the screen Yann Martel’s novel Life of Pi; the miraculous journey of a young Indian man, Pi Patel (Suraj Sharma), lost at sea. But he is not alone: he shares his lifeboat with a Bengal tiger named Richard Parker.

We watch the fantastical story unfold in a series of flashbacks as the adult Pi (Irrfan Khan) recounts his tale to an unnamed, creatively blocked novelist (Rafe Spall).  Pi’s tale is hailed by those who have heard it as one that will ‘make you believe in God’ and indeed the spiritual underpinnings to this film are inherent in the very fabric of the story from the get-go.

We hear of the young Pi’s fascination with religion and his encounters with God and Jesus through their various forms presented in contradicting faiths. His simplistic view of God is enough to stop wars; God is present, and though different religions may honour him in diverse forms, he is essentially one and the same.  Shame we can’t all look at it that way.

Yet the film is far from a religious sermon. It takes a light-hearted look at faith and does not shy away from poking fun at blind devotion. It also presents a strong argument for science.

It is not all religious exploration however; after a strong (slightly over-long) faith-driven exposition, the story launches into a grand adventure where religious comment is subtle and sparing.

As expected with Ang Lee at the helm, the visual imagery in this film is exceptional, with magical special effects and sensational cinematography.

The soundtrack adds further quality with beautiful and appropriate tune-age helping to propel the majesty of the story. But ultimately, it is the story itself that is the star of this film. Driven by a solid cast and an impressive performance by newcomer Suraj Sharma (who reportedly did not even intend to audition, but accompanied his brother and was spotted by the casting team), the tale gives new meaning to the word ‘epic’.

It is wondrous and inspirational, and constantly has you gushing “I don’t believe it!” though deep down you actually do – this is the crux of the film.

We spend two hours watching a vivid recount of an amazing story – we invest ourselves in it and believe it despite it’s fantastical elements. It is only afterwards that we are presented with an alternative interpretation of events. One that is ultimately more realistic, and more probable….

And here we are.

Which story do you choose? With which belief do you align: The fantastical story you love and want to believe, or the more rational version?

Here we find ourselves looking back to the first comment made:

“A story that will make you believe in God”

Our logic-driven, evidence-hungry brains jump to the conclusion that we will be presented with proof to validate a belief. Instead we are presented with a tale not unlike those of Bible: a slightly magical, inspiration and miraculous story filled with majesty and wonder. Which do you choose to believe? The amazing story of a boy and a tiger? Or the mundane, (but most-likely true) rendition of events? I know which I chose. Essentially the film does not give proof of God’s existence but gives reason to believe.

This ‘choose your own adventure’ approach will not please all. Some viewers prefer to be spoon-fed rather than having to make the choice for themselves.

There are also a few other minor points that may be ‘picked at’ in the film, such as the slow start, and the halting nature of the returns to the adult Pi telling the story to the irritating novelist. I found being jerked out of the immersive flashbacks and transported back to two boring guys talking over a cup of tea incredibly annoying.

Most of the CGI is a triumph (in fact a real tiger was used for very few shots), yet some of the fish look rather cartoon-like.

Those points aside, the film is a powerful addition to the holiday movie line-up and is definitely worth a watch! Don’t go too crazy New Year Eve as Life of Pi hits cinemas New Years Day. 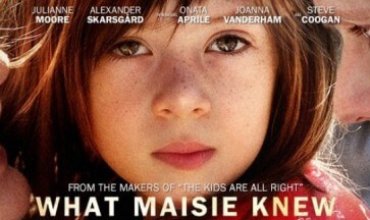 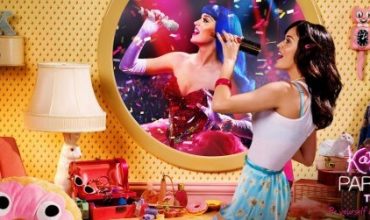