Loving Vincent, directed by Dorota Kobiela and Hugh Welchman, retells the life and death of the world’s most recognisable artist, Vincent van Gogh (Robert Gulaczyk). Postman Joseph Roulin, (Chris O’Dowd), an old friend of Vincent’s, charges his son, Armand Roulin (Douglas Booth), with the duty of delivering Vincent’s final letter to his brother Theo (Cezary Lukaszewicz), two years after the artist’s death. Armand begrudgingly sets off but, unfortunately, discovers that the letter’s recipient Theo died six weeks after Vincent. Armand then travels to Auvers-sur-Oise, the town of Vincent’s death, to give the letter to Doctor Gachet (Jerome Flynn), Vincent’s confidant throughout his final months. However, the peculiar relationship between the doctor and Vincent leads Armand to investigate the circumstances surrounding Vincent’s death, as the people of the village retell what they knew of the quiet artist.

Loving Vincent is the world’s first feature-length film constructed entirely from oil painted animation. The film took two years to be lovingly hand-painted by over 100 artists, and consists of over 65 000 frames on over 1 000 canvases, many of which are now on display or for sale. The attention to detail in this work harks back to an era before the advancements that allow most of today’s animation to be computer generated. The dedication to this artwork is evident, and clearly laborious research and effort has gone into reconstructing the story in accordance with Vincent’s paintings and what is known of his life. The swirling vividness of the paint and the near-palpable texture of the frames make this film one of the most visually spectacular and innovative. There is something amazing about seeing well-known actors transformed into a living, breathing painting. Simultaneous to this feeling however is the frustration of trying to recognise certain actors beneath their painted mask.

Unfortunately, Loving Vincent on the whole does not live up to its potential to be a great masterpiece of cinematic history. The clunky dialogue and disorganised, thin plotline make the film feel like a B-grade RPG game, in which the yellow-jacketed player wanders through a beautiful village, talking to empty simulations to gain snippets of information about Vincent’s life. The characters themselves are two-dimensional (no pun intended) and unmotivated, and what personality and life is arduously breathed into them is no deeper than oil paint on canvas.

There is a great expectation for a life of such tragedy retold in such beauty to be incredibly moving, but Loving Vincent disappoints in this aspect. The film begins as a bluntly narrated biography, and morphs into a murder mystery that fizzles off into a paint-water soup of vague morals. As an artwork, it is incredible, but as a film it makes very little sense, and there are a disturbing number of British people in 1800’s rural France.

In spite of this, I would still recommend viewers go and see this film, if only for the beauty of the artwork, and the effort that has gone into celebrating a life of such artistic influence. I rate this film 6/10. 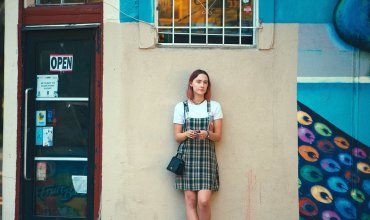 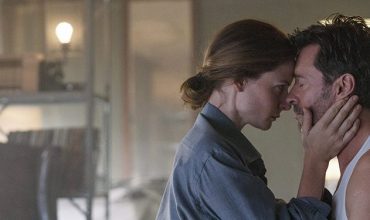