Magic Mike XXL is here. So does it live up to all the hype the studio has put out there?  Let’s face it, not a lot of people care about its plot, the cinematography or the acting, so I’ll keep this review as light and as tongue in cheek as it should be.

Mr Magic Mike himself has got what he strived for – his own furniture design business, but as it happens, not everything has gone as smoothly after he left the world of stripping. One day, he receives a phone call bearing bad news from Tarzan.  He agrees to meet up with the guys and thus gets persuaded to join them on a road trip to a stripping convention. What is meant to be a straight forward relaxing road trip, turns out to be complicated and perhaps even more fun than planned.  Along the way, the boys meet up with a ghost from the past, and of course, some women in need of their expertise.

Many were disappointed when Matthew McConaughey opted out from returning to the sequel, but fear not, it works in the film’s favour. Channing Tatum is very enjoyable as the sole lead, and it allows the other boys much needed air time to shine, and shine they do. Especially Joe Manganiello. His infamous scene at the petrol station, with the Backstreet Boys playing in the background, is a highlight and sure to leave you laughing hard for many reasons.

I think it’s fair to say that there are plenty of sexy dance scenes to satisfy viewers. Most dance routines are spontaneous and do not take place in strip clubs in this sequel. I won’t ruin any of the routines for you, but the boys still have their smooth moves that will leave a lot of women (and gay men) cheering and smiling. Though there are two men that truly put their talent on display. During his visit to Australia, Channing Tatum has said that he made up most of his solo dance routines just prior to shooting the scenes. Which is really impressive when you see what he does in his workshop to the song “Pony”. It’s clear that he, alongside Stephen “tWitch” Boss (The Ellen DeGenerous show), are extremely talented dancers and should continue making more Magic Mike movies until we are sick of it.

Albeit briefly featured, the female characters are strong and not sexualised for the sake of the film. Jada Pinkett Smith is the only one that has a significant role as a fierce business owner, who ends up coming to the rescue of the boys. It is refreshing to watch women being referred to as queens instead of foul words that are all so commonly used these days. It’s also wonderful to see women of all races, ages and sizes being portrayed as sexy and desirable.

What makes Magic Mike XXL hilarious, other than the obvious, is the fact that they do make fun of pop culture, even to the point of making fun of themselves and their previous roles. Joe Manganiello throws a tantrum about vampires (he played a vampire hating werewolf in True Blood), a fight breaks out between the boys about who is better; N’Sync or Backstreet Boys. Even Cinderella gets a re-write and a new gender Magic Mike XXL style.

If you like RnB and Pop, do yourself a favour and download the soundtrack.  Not only is it excellent but you’ll might just find yourself busting a few moves.

Magic Mike XXL can only be described as feel good, light, sexy fun that will leave you smiling for a long time after the movie has ended. There is no need to take it seriously.

I give it 6 stars out of 10. Although, I would give it more stars if my rating was based purely on entertainment value.

Magic Mike XXL is out in cinemas today. 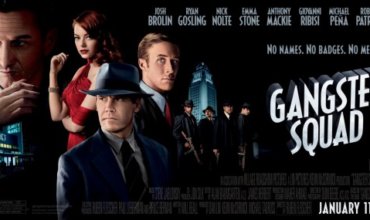 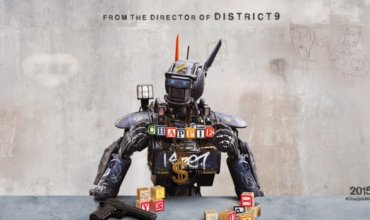