A story in which good triumphs over evil is a standard movie narrative. We want a villain to get his comeuppance. We need to see the bad punished for their misdeeds. This is what we want from Mea Maxima Culpa: Silence In The House of God. What we get instead is more complex and nuanced. Alex Gibney’s feature documentary tells a harrowing tale of the clerical sexual abuse of children. It seems easy to see whom to blame at first, but then the story unfolds and goes in a number of unexpected directions.

For more than twenty years at St John’s School for the Deaf in Milwaukee, Wisconsin, the priest who ran the school, Father Lawrence Murphy, sexually abused the boys in his care. Murphy’s pattern of abuse and manipulation fits the now well-known profile for this type of paedophile. What is notable is both the scale of his crimes and the particularly heinous way he isolated his victims.  The boys in the school communicated using American Sign Language.  Murphy was considered an excellent signer for a hearing man. The children he targeted, invariably had parents who couldn’t sign at all, so the boys could not effectively communicate what was happening to them.

This was also in an era when deafness was still seen as something akin to a form of mental disability.  In those rare instances when the truth was told to a church or city official, it was shockingly easy for Murphy to characterise the boys as simpletons or liars. His best defence against too much scrutiny was his position. To the Catholic community of Milwaukee in the 1960s and ‘70s, Murphy was incapable of doing wrong. The families that sent their boys to St John’s saw him as almost saint-like.

In 2013, we are used to thinking that any evidence of a paedophile abusing children would be sufficient to launch an investigation. Mea Maxima Culpa explains the many reasons that the boys of Saint John’s were ignored for many years by the archdiocese of Milwaukee and by state authorities.  Murphy was a predator. He rationalised his crimes and was utterly unrepentant. However he was aided by a system that made it possible for him and many other priests to continue their abuse with impunity.

Four of the boys from St John’s grew up and found themselves unable to move past the horrors of their childhood. The time was the early 1970s and they were caught up in the activist spirit of the era. They attempted to make church and state authorities aware of what had happened to them and what they felt sure was still happening at the school.  Time and again their efforts were blocked by members of the Catholic community who attempted to silence the young men.

This is the main story of the movie. Watching it is frustrating at times, not due to any fault in the filmmaking, but because what happened to the boys of St John’s was clearly wrong and that wrong was compounded many times as they fought numerous obstacles to have Murphy removed from his position at the school and defrocked as a priest.

The men who took on this fight, Terry Kohut, Gary Smith, Pat Kuehn and Arthur Budzinski sign their stories. Their audio is mixed so we can hear the sound of their hands slapping and their intakes of breath, which combined with the expression in their eyes makes their language more vivid for we non-signers in the audience. Their words are spoken in voice over by actors Jamey Sheridan, Chris Cooper, Ethan Hawke and John Slattery. Their testimonies are moving. I felt sadness and anger as they told their stories. Most in the audience are likely to feel the same.

Gibney’s use of family photographs and home movies is powerful. These happy and hopeful images contrast strongly with the reality the boys were enduring. The director has marshalled an impressive array of historical and contemporary footage to match the depth and detail of the research that underpins the documentary.

The film also reminds the audience about parallel cases of clerical sexual abuse elsewhere in the USA and in Ireland, Belgium, France and Germany. Gibney builds the case against the “few bad apples” theory. He provides ample evidence that there were many priests who committed sexual crimes against children and that the Vatican has always had detailed knowledge of these cases. The church’s attempts to deal internally with these priests have included isolating them in monasteries and there was even the radical notion of buying a Caribbean island and sending them there. This part of the story is told in some detail and is both surprising for the unfamiliarity of the facts and repellent as you see the machinations of a power structure protecting the privilege of its members.

Alex Gibney is doing important work with this film. Like Amy Berg’s searing documentary Deliver Us From Evil (2006), it reminds us that serious crimes were committed by certain men who were then protected by other men who to this day are rewarded with excellent jobs in the Vatican.  When Pope Francis was chosen recently a very few voices in the media asked about the importance of dealing with these crimes. Apologists for the Vatican dismissed these questions and suggested that only a few malcontents in Europe and America were stirring up trouble. As the film says, the Vatican policy is to “deny, minimise and blame”.

Mea Maxima Culpa is an excellent documentary that puts the spotlight on an unresolved issue that many would like to see go away. The film shows us that the psychological health of a community is integrally connected to the way it treats its least powerful members.

Son of a Gun Review 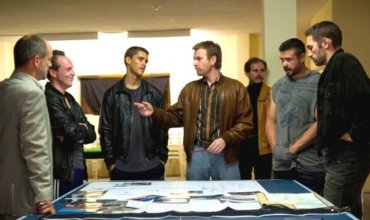 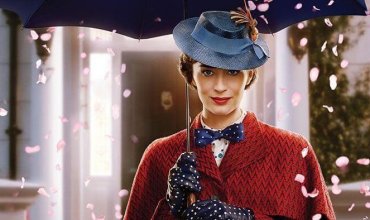