MISSION: IMPOSSIBLE – FALLOUT is the sixth film in the Mission Impossible franchise. All the films are the adventures of Tom Cruise’s super-spy Ethan Hunt, but the events of Fallout connect back to the nuclear threat of a criminal organisation known as The Syndicate from MISSION: IMPOSSIBLE – ROGUE NATION (2015). Now the Syndicate has morphed into a terrorist group called The Apostles. They’re looking to purchase three plutonium cores, so a man called John Lark can threaten world peace with a trio of powerful nuclear weapons.

There is a serious amount of plot, twisting through this movie, but because the action is practically non-stop, you are almost always on the edge of your seat even though you may not know exactly what is going on. Trust in Ethan. He will find a way to get out, under, over, past and through any obstacle that the bad guys throw his way. The DNA of the Mission Impossible films is Bruce Geller’s original television series (1966-73); the gadgets, the masks, the heists, the idea of technical precision saving the day, all hail from there. The movie franchise added big budget effects and an increasingly ramped-up selection of action sequences; Fallout is the biggest, most action-packed of the bunch. Christopher McQuarrie who directed and wrote MISSION: IMPOSSIBLE – ROGUE NATION has returned to deliver a movie that tops the last one in sheer spectacle.

This is not always a recipe for success, as much as Hollywood would disagree, sometimes bigger just means larger. Because most of McQuarrie’s career has been devoted to screenwriting, he understands that the audience needs to relate to the good guys in an adventure such as this one. Otherwise we’re watching a muscle-bound hero dealing out the punches amongst the giant fireball explosions. Hence, the emotional connection between Hunt and Ilsa Faust (Rebecca Ferguson) is drawn out a little further and is complicated by Ethan’s feelings for his ex-wife Julia Meade. Although there is plenty happening up on the screen, I could have done with a little more of Ving Rhames as Luther and Simon Pegg as Benji, they felt somewhat underused. Jeremy Renner is missing from this outing because of the contractual clash of his Hawkeye role in the AVENGERS: INFINITY WAR two-parter. Henry Cavill, on the other hand, complete with his sometimes-beard and reloading arms, is extremely present and he does a great job here in the role of spy and assassin August Walker. The bathroom scene where he and Hunt battle the stunt performer Liang Yang is a bone-rattling, close-combat highlight.

MISSION: IMPOSSIBLE – FALLOUT is long and extremely entertaining. It also has one of the best high-speed Parisian car chases since Doug Liman’s THE BOURNE IDENTITY (2002). And once again, McQuarrie has some top motorcycle sequences and stunt work. This is a well-made action flick from an experienced team of pros. Duration: 2 hours 27minutes. Rating (8/10) 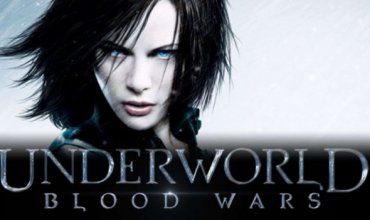