Two teenage boys encounter a fugitive and form a pact to help him evade the bounty hunters on his trail and to reunite him with his true love.

MUD focuses on the life of 14 year old Ellis (Sheridan) who lives on a houseboat with his parents. His father Senior (Ray McKinnon) fishes the river and Ellis helps to sell the catch to the people of the small town nearby. Ellis’s best friend is also 14, a boy called Neckbone (Lofland) who has no parents and lives with his uncle Galen (Michael Shannon)

Ellis’s works hard for his father, when he gets some downtime he spends it with Neckbone exploring the Mississippi river. The boys are told about a boat that is stranded in a tree on an island in the river. They look for and find the small craft and think about turning it into a kind of clubhouse or hideaway. At this point they meet the island’s sole inhabitant, a man called Mud (McConaughey). It quickly becomes clear that Mud is hiding from someone. The boys are suspicious of Mud and his motives, but are slowly drawn into his world.

Writer/director Jeff Nichols is an Arkansas native and his previous two features were set in regional areas. He was determined to shoot MUD in parts of South East Arkansas where he feels the accents and attitudes of the people are vanishing. This loss of identity is represented in the movie by the threat that the family’s houseboat is under. The River Authority is waiting to take all the houseboats on the water and destroy them when they fall vacant. Ellis’s mother Mary Lee (Sarah Paulson) wants the family to leave, but Senior wants to continue making his livelihood on the river.

The main story concerns why Mud is hiding out and how dangerous this will be for Ellis and Neckbone. Mud tells the boys he is waiting for his girl Juniper (Witherspoon). This impresses Ellis. The boy is interested in the opposite sex both in the expected, overcranked teen sense but also as a longed for mysterious other.  Ellis is an innocent and a romantic.

Trouble is coming for Mud. He is wanted in some way, but is too cagey to reveal the full truth to the boys and tends to talk in abstractions. He also seems to be connected to Ellis’s mysterious houseboat neighbour, Tom Blankenship (Sam Shepard).

Nichols builds a sense of tension while giving us a view into a place where people are living hand-to-mouth and day-to-day.  The relationship between Ellis and Senior is sketched with very little dialogue and is completely believable. Tye Sheridan who plays Ellis is excellent. There are strong performances from all the cast. Lofland’s straight- talking, suspicious Neckbone acts as a comedic foil, but is also utterly in Ellis’s corner.  Their friendship is well-observed. Nichols was inspired in part by Mark Twain and the boys are a convincing update of Huck and Tom.

For most of its length MUD is a restrained and sustained character piece. It’s a journey into country the director has an affinity for with people he loves. It’s also an entertaining drama with a just enough plot and action to please a general audience. McConaughey has never been better and a word for those for whom this is crucial; yes he gets his shirt off, but in a way that is integral to the plot. 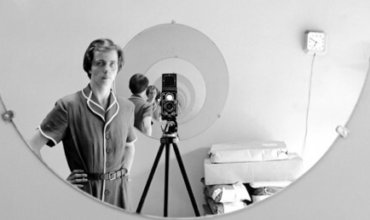 In the Heart of the Sea Review 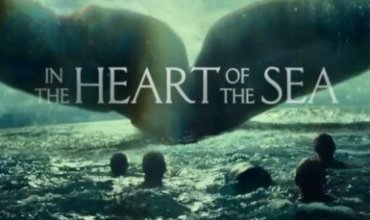