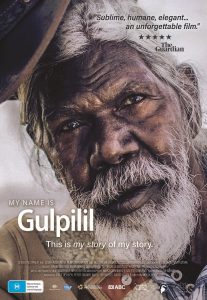 Nearing the end of his extraordinary, culture-clashing life, the great Australian actor David Gulpilil performs one last time. Engaging with the camera as never before, he calls upon his electrifying, mesmerising screen presence to connect with what is for him, his final audience.

Gulpilil shows us what it was to live a dizzying mix of traditional Aboriginal ways and modern Hollywood excess. He reminisces about his films, from Storm Boy and Crocodile Dundee to Rabbit Proof Fence and Charlie’s Country, and the effects of his fame on a tribal boy from Arnhem Land.

He explores his worlds of acting, of dancing, and painting…and what it is to stare down death.

​But life interferes with David’s march towards his personal end…in his words, “I should have been dead long time ago!” In this, his final film, the great Australian actor David Gulpilil shows what a survivor he is, and he how came to be the living legend we know him to be.