NARCOS returns to Netflix on September 1st. Season 3 of this ground-breaking series is new territory in more ways than one. Seasons 1 and 2 covered the rise and fall of Colombian drug lord Pablo Escobar. The demise of Escobar and the Medellin drug cartel means its chief competitor, the Cali cartel, is now the leading manufacturer and importer of cocaine in the world. They become responsible for 90% of the cocaine entering the United States.

Escobar’s rise to power provided cover for the growth and evolution of the Cali cartel. The Medellin operation was Escobar’s brainchild and relied on the fear he generated. He was a flexible general who could make major changes on a whim. The Cali operation is far more sophisticated and has embedded itself in local government and police through a complex system of bribery.

The Cali Cartel is run by a quartet; the Rodriguez brothers Gilberto (Damian Alcazar) and Miguel (Francisco Denis) and Pacho Herrera (Alberto Ammann). Viewers became acquainted with these characters in season 2 as their operation clashed with the Medellin cartel. They later help to bring down Escobar by paying the deadly Los Pepes vigilantes. The fourth player Chepe (Pepe Rapazote) is new to Narcos watchers and runs the New York end of the operation.

Season 3 is marked by numerous changes in the large cast of characters. DEA agent Murphy (Boyd Holbrook) has returned to the United States and Agent Javier Peña (Pedro Pascal) becomes the series narrator. Peña is in the uncomfortable position of being considered a hero for his role in Escobar’s takedown and for having become too connected to the activities of the Los Pepes vigilantes. In the fight against Cali, he is promoted and has to navigate a difficult course through new personalities and politics.

There are two new DEA agents Feistl (Michael Stahl-David) and Daniel Van Ness (Matt Whelan) who have plenty to learn about how to do their business in Colombia. A player to look for on the Cali side is Jorge Salcedo (Matias Varela). He is head of security. He created the network of telecommunications, wire-taps and human spies that keep the cartel fully apprised with what’s going on in Cali. Jorge finds his job complicated by having to deal with one of his bosses’ sons, the volatile and arrogant David Rodriguez (Broad City fans will recognise him as Arturo Castro who plays Jaimé).

Season 3 is necessarily a resetting of the audience expectations. Although Escobar is gone, the drug war remains. There are different battles to be fought, different alliances formed. We have to learn what the so-called “Gentlemen of Cali” are about; what makes these characters tick? The writers and producers take their time to unfold their narrative and by episode 4, we have a detailed appreciation of this dark and dangerous new crime world.

Season 4 has already been green-lit and there is some indication that the series will eventually follow the cocaine trade into Mexico. It is conceivable that Narcos could become a show with scope like television’s The Wire or the ground-breaking Italian Mafia series La Pivora. Fans of Narcos can be confident that this new batch of episodes-ten in all-is as dramatic and compelling as those of the first two seasons. 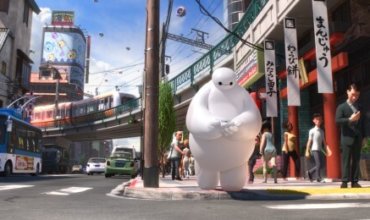