It was only a matter of time before a sequel would be made to Bad Neighbours after it became a huge hit in 2014.
Bad Neighbours 2 picks up two years after the fraternity moves out and begin their lives as working adults. Mac (Seth Rogen) and Kelly (Rose Byrne) are leading a quiet life raising their daughter when a group of University girls move in next door to create a new sorority. Much to the horror of Mac and Kelly, who are in the middle of selling their house to another couple after a 30 day cooling down period. A plan is hatched to keep the potential new owners from finding out the truth about the neighbours until they closed the deal.
As expected, this movie pulls no punches in being humorously vulgar, offensive and occasionally disgusting. Playful references to Cosby, current US racial tensions and WWII will have your head shaking knowing you shouldn’t laugh but you will anyhow. The combination of American and some Australian humour makes the struggles faced by Mac and Kelly even more hilarious. Most Aussies can relate to how tiresome Crocodile Dundee references can be.
I’d never thought I would see a big film truthfully depict sexism, especially not a Seth Rogen comedy, but suprisingly a big part of the plot is based around highlighting just how much sexism people deal with.
While Bad Neighbours 2 offers plenty of laughs and won’t disappoint fans of the original, the plot is considerably weaker. Comedies, in particular vulgar comedies, almost always rely on being outrages but in order to make the story work in this movie, the writers relied too much on the absurdly unbelievable in certain scenarios.
Almost all of the cast from the previous film have returned although most with smaller roles. There are some “surprising” revelations about two characters in the beginning and the end of the film too. Talented Chloe Grace Moretz (Carrie) joins the cast as the next door “baddie” this time around.  Seth Rogen and Rose Byrne are brilliant as the “old people”. It’s such a fresh of breath air to hear Byrne with her own accent cracking jokes. She certainly should get more comedic roles in the future.  Zac Efron has become quite impressive in these type of roles. Much like Rogen, he is not afraid of putting himself in embarrassing situations, even if it involves exposing a lot of himself. Which I doubt anyone will frown upon.
There are a few blink and you’ll miss it cameos by a couple of famous faces, including some not-so-secret appearances by Selena Gomes and Kelsey Grammer.
As a fan of the first film, there were concerns that this sequel would disappoint, however, as the opening scene started to play out I knew that wouldn’t be the case.  It is slightly watered down and can be illogical at times, but it’s a comedy I would highly recommend. Just make sure you are not one to be easily offended if you want to watch this.
I rate it 7 out of 10 stars.
Bad Neighbours 2 is in cinemas now. 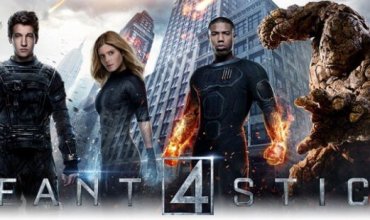 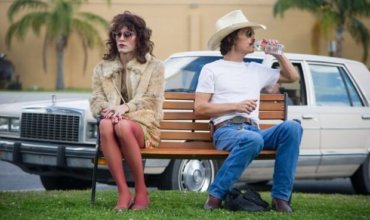