The first NOW YOU SEE ME was a globetrotting, jet-setting heist movie that kept its audience off-kilter with a series of plot twists ending with a big one that I will not reveal here, even though you’ve had three years to discover it. The movie relied on splashy visuals, clever set pieces and the charm and chemistry of its cast.

It established the idea of a mystic society called The Eye dating back to the time of the ancient Pharaohs. The purpose of The Eye was to use magic tricks and illusions to allow the powerless to maintain some balance with their rulers. Throughout history, The Eye has used a team of magicians called The Four Horseman to execute attacks against the wrongdoings of the rich and powerful.

At this point, some readers may observe this sounds like a munted version of the X-MEN: APOLCALYPSE plot. However, there are no characters with super powers in the Now You See Me flicks. The magicians only have the power of misdirection, hypnotism and confidence tricks. In the modern era, The Eye has brought together a new team of Four Horseman to even the odds. They pull off heists using cleverly conceived illusions and the money goes to poor suckers who have been scammed by ruthless wealthy individuals or large corporations. As a result, The Four Horseman have a huge fan base.

The sequel, known in some markets as NOW YOU SEE ME 2 and elsewhere as NOW YOU SEE ME: THE SECOND CHAPTER has arrived in wide release on Australian screens. The original made upwards of $US300 million worldwide and there’s every reason to think the sequel will also do excellent box office. It looks, feels and plays out almost exactly as the first, barring the presence of Mélanie Laurent and Isla Fisher. Why Laurent, who was great in the original, has vanished, is anyone’s guess, but Australia’s Fisher was pregnant at the time of shooting number two. Stepping in, as a new “female Horseman” is Lizzy Caplan famed for many things, including MEAN GIRLS (2004), television’s Party Down and Masters of Sex. Daniel Radcliffe is the other newbie onboard, offering the muggles his expertise. Jesse Eisenberg, Woody Harrelson, Dave Franco, Mark Ruffalo, Michael Caine and Morgan Freeman reprise their original roles.

The story rattles along, often not making a lick of sense. Tell your logic-loving, plot-picking friends to take a holiday and enjoy their rum and raisin choc tops. The spectacle, thrills and entertainment is the thing here. Although most of the illusions are pulled off by way of computer-generated trickery, the advisor for both films and co-producer of the sequel is multi-millionaire Vegas magician David Copperfield. The director this time, is Jon M. Chu best known for GI JOE: RETALIATION (2013). The physical choreography of the sections where the Horseman are pulling the wool over the eyes of “a mark” is very well done; the fight scenes, less so.

A third part of the saga was announced even before the second part released, such is the confidence of Lionsgate Films. NOW YOU SEE ME is definitely a thing now. It’s like a Mission Impossible/Fast and Furious/National Treasure/Expendables team franchise with bantering rockstar Robin Hood magicians as the heroes who save us, the common folk, from the heartless, all-powerful 1%. What’s not to like?

NOW YOU SEE ME 2 is in Australian cinemas now. It’s 129 minutes of fast-paced, popcorn entertainment. (6/10) 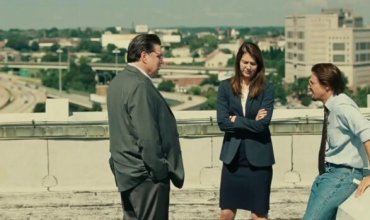 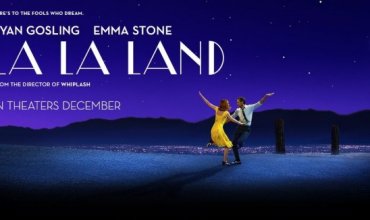