At the coda of 2008’s Rambo, the fourth film following the exploits of alienated Vietnam veteran turned freelance killing machine John Rambo, we got a glimpse of our hero (Sylvester Stallone) returning to his family’s ranch in Arizona, the violence which had wracked his life for some 30+ years ostensibly behind him. The appearance now of a fifth Rambo flick indicates that this is not the case; after all, if Rambo had disappeared into quiet dotage, that wouldn’t justify another 101 minutes (a brisk 89 if you’re in the US or UK) of carnage. Only this time, the enemy is on his own doorstep!

Last Blood sees Rambo effectively fighting a border war against Mexico, and if you think it explores that complex and treacherous territory with any degree of nuance, you’re in the wrong theatre. Since at least 1985’s Rambo: First Blood Part II (the naming convention on this series puts the Fast and the Furious movies to shame) these movies have been unarguably right wing in their political outlook, with Rambo effectively being the covert sharp end of American foreign policy, but never before have they played so obviously to the cheap seats. Last Blood posits Mexico as a nigh-literal hell on Earth populated by greasy sex slavers and leering sadists where any innocent who dares to trespass there is doomed to kidnap, rape, addiction and death – which is precisely what happens when Rambo’s de facto (or possible facto? The exact relationship is obscure) niece, Gabriela (Yvette Monreal) heads south of the birder to try to reconnect with the father who abandoned her back in the day.

This provides the motivation for our man Rambo, who has channelled his crippling PTSD into creating a network of Vietcong-esque tunnels beneath his ranch (“I like digging” he non-explains at one point), to unleash the hellish violence for which the series is famous and, let’s be honest, the reason we’re all here – complaining about violence in a Rambo movie is like complaining about dance routines in a Gene Kelly joint, so let’s not go down that road.

The violence in Last Blood is incredibly nasty stuff, however; even the most jaded viewers are going to be hit with a few moments of absolute disbelief once our guy unleashes hell on the Mexican gang that descends upon his ranch in the final act. The climactic siege plays out like a riff on Home Alone if Kevin was a budding serial killer, with Rambo picking off his opponents one by one in a variety of creative and inevitably bloody ways, lopping limbs, blowing off heads, impaling torsos – you know the drill.

And yeah, it’s cathartic stuff, and definitely in keeping with the current tenor of the more extreme end of the action genre: Indonesian director Timo Tjahjanto (Headshot, The Night Comes For Us) has been filling his action flicks with horror movie gore gags, and even Denzel Washington is entering Jason Voorhees territory with his kills in Antoine Fuqua’s The Equalizer series. In Last Blood, however, Stallone and director Adrian Grunberg (who previously spent time in Mexico with Mel Gibson’s Get the Gringo) seem determined to show these young pups How It Is Done. The result is a grand guignol spectacle spectacle for the ages – if you can imagine the tool shed sequence from Commando running for half an hour, but with the fake blood budget of Brain Dead, you’re on the right page.

Which sounds like a lot of fun, but Last Blood’s reactionary politics make it an uncomfortable experience, even though the film at times takes a moment for some #notallmexicans lip service. Rambo’s housekeeper (Adrian Barazza) and a friendly journalist (Paz Vega) are “good” Mexicans, but the horde of mooks who pour over the border are “bad” Mexicans, effectively standing in for every “invader” who crosses from the south, with Rambo positioned as a one man border militia who rains hell on them for their trespass, both against his kin and his property.

Tellingly, the film never really holds the villains to task for their actions on their home turf – if they’d stayed on their patch and Gabriela has listened to her wise warrior uncle, Rambo’s rage would never have been roused – it’s only when the threat comes to bear on an American life – even a Hispanic American life – that the issue must be dealt with. Until then, it’s very much out of sight, out of mind – which is apparently also the case for other unacknowledged evils being perpetrated along the border. Personally, I’d give a lot (well, the price of a ticket) to see Rambo storming a detention facility to free the immigrant children being held there, a return to the anti-authoritarian stance of 1982’s First Blood, but instead we get a denouement where, in voiceover, Rambo ruminates on being America’s last line of defence, whether it wants him to be or not – a pure distillation of MAGA-militia persecution fantasy.

To be clear, for action fans Last Blood is a lot of fun, especially if you agree with its politics or can push them aside – but doing the latter takes either an act of will or sheer ignorance. This stuff isn’t subtext, it’s text – baked into the shape of the narrative and the actions and tacit opinions of its characters. It’s hard to say whether that’s a failing as it is so clearly the film’s actual intent, but it also makes it hard to recommend unreservedly. 6.5/10

Coming Home in the Dark Review 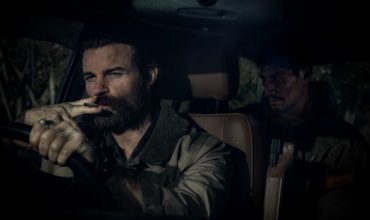 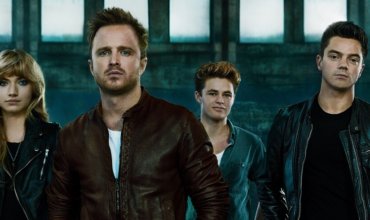