Set in 1999 Los Angeles, veteran police officer Dave Brown, the last of the renegade cops, works to take care of his family, and struggles for his own survival.

Because you and I are culturally savvy and get our information from Wikipedia, we know that the new movie RAMPART, starring Woody Harrelson, is named for the Rampart scandal that rocked the LAPD in the late 1990s. Knowing this, you might think you’re in for a couple of hours of drug crime, gang violence and police corruption, but you’d be very wrong.

At first, RAMPART feels reminiscent of movie likes COLORS (1988) with its Los Angeles setting and cops-on-the-beat story. Then it seems to be channeling TRAINING DAY (2001) as we see how police officer Dave Brown’s work practices are far from by-the-book. It seems like a classic “cop-on-the-edge” tale.

Brown is a fascinating, contradictory character. Sometimes he talks in ignorant racist clichés, other times his speech is educated and aware. He is a self-proclaimed old school policeman who sees himself as a soldier in a war. His rather opaque belief system is always questionable. Is he a bigot fighting for the old world order? Is he an unrepentant sexist who wants to control the women in his life? Is he an angry war veteran who believes America owes him a living because he fought in Vietnam?

He is observably an emotionally unstable man with situational ethics that he applies both as a law officer and a father. He lives in a complex arrangement with his two ex-wives (Anne Heche, Cynthia Nixon) who are each the mother of a daughter respectively. He spends his time attempting to seduce which ever of his exes will have him. Occasionally he attempts to parent one of his disappointed children. The hyper-masculine policeman has a female household who look askance at his behaviour.

Brown begins the movie under investigation and his attempts to clear his name only make the situation worse. As he stumbles through the world, sullying everything he touches, a sense of episodic mayhem creeps into the storytelling. A strong narrative arc is not what is on offer here. Eventually it becomes clear that the movie is a meditation on the public and private life of Brown and that director Oren Moverman intends to create an impressionistic experience.

RAMPART has indie rather than commercial sensibilities. This is despite a supporting cast that includes some big names like Steve Buscemi, Ned Beatty, Sigourney Weaver, Robin Wright and Ice Cube. They are part of the outside world that wants to “destroy” Brown. Casting performers of this caliber ensures that every scene crackles with energy, however these scenes do not add up to a powerful whole; a dark picture of the times is implied, not shown in detail.

Moverman arguably used Harrelson to greater effect in his previous film, the award winning THE MESSENGER. (That movie’s co-star Ben Foster has a cameo here.) RAMPART is directed tricksily at times but the style rarely gets in the way of the substance. There just isn’t as much going on as one might have expected from Moverman’s collaboration with writer James Ellroy. Having said this, the star’s performance is still the chief reason to see the film. I have enjoyed Harrelson and his pugilistic mug in television’s CHEERS and in movies from WHITE MEN CAN’T JUMP to ZOMBIELAND. He manages to believably portray ordinary, frustrated men and yet has an absurd amount of screen charisma.

How much one enjoys Harrelson will probably determine your enjoyment of this movie. The rampart scandal involved hundreds of cops, the movie RAMPART is only about one cop. Brown dominates this film–he is its damaged, raging centre. 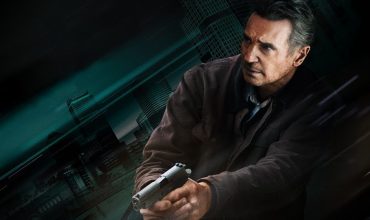