Big city musical based in the late ’80s LA, set to the glam rock tunes of Styx, Bon Jovi, Twisted Sister, Poison and more.  Based on the broadway show, Rock of Ages follows the romance of small town girl Sherrie and city boy Drew, who meet in Hollywood while pursuing dreams of stardom.

Adam Shankman has returned to musicals on the big screen and this time he’s brought Tom Cruise with him. ‘Rock of Ages’, the 80’s rock musical is from the director of ‘Hairspray’, centred on a rock pub in Los Angeles it follows young talents pursuing their dreams, burnt out stars searching for new meaning, and a greedy industry seeking to exploit them all.

‘Rock of Ages’ is a big flamboyant production filled with all the hairstyles, clothing and music of its era and packed with a high profile cast. At its heart the film is a familiar story of an innocent girl moving to the big city to pursue her dreams.

Despite a few entertaining numbers early on, things end up being a little flat in terms of the story as it plods along for two hours on a relatively predictable road. Here we have the two leads fall in love, fall out of each other’s favour, and for the finale a boy trying to win back the girl sequence of events. Luckily the film manages to pick things up towards the latter half with one big performance rolling directly into the next leading towards an extravagant finale.

Alongside a subdued story, ‘Rock of Ages’ fails to make as good use of its cast as it should, with two good looking leads in Julianne Hough and Diego Boneta that look somewhat out of place with their surroundings. Alec Baldwin and Russell Brand inject some much welcomed comedy into the film, and Paul Giamatti delivers another good performance this time personifying the worst things about the record industry. Catherine Zeta-Jones seems comfortable in her role, but the big drawcard in all the cast is seeing Tom Cruise portray a deflated rock star. Cruise walks a fine line between fatigue and intense passion, becoming at times tedious and at times leaving you wanting more.

As you’d expect ‘Rock of Ages’ features a classic 80’s rock soundtrack with music from Guns N Roses, Joan Jett, Poison, Night Ranger, Pat Benatar, Foreigner, Def Leppard, Journey, Starship, and Twisted Sister. All from which ‘Rock of Ages’ seeks to tap into the enjoyment from listening to such classic rock tunes and deliver this on screen through elaborate dance numbers which it achieves with mixed success.

Overall ‘Rock of Ages’ doesn’t quite deliver on what it promises, there’s a familiar tale though told with some vibrancy at times and a rock foundation throughout, I’m giving it 5 out of 10 stars.

‘Rock of Ages’ is due in cinemas around Australian on Thursday 14th June 2012. 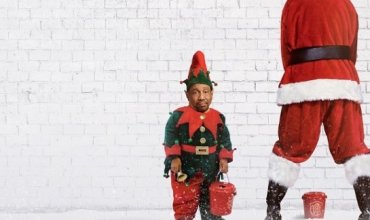 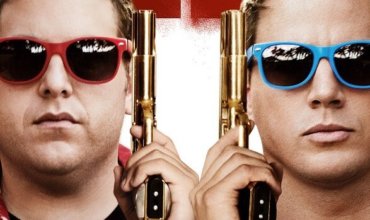