Eva Green stars as Ava, a temptress who enlists Dwight McCarthy (Brolin) in a bid to escape her ex-husband. Joseph Gordon Levitt plays Johnny, a mysterious gambler set on taking down his sworn enemy in a high stakes game of life and death. Weaving together two of Miller’s classic stories with new tales intertwined, Sin City’s most hard boiled citizens cross paths with some of its more notorious inhabitants.

Almost a decade after the first film, the Sin City series finally sees a sequel realised with Sin City: A Dame to Kill For coming to screens in September. Sin City 2, as reflected in the title, is primarily based on the second book in Frank Miller’s comic series called “A Dame to Kill For”. The other stories in the new film are a mixture of previously existing works by Miller and some new material written for the film, including a Nancy Callahan centric story.

Sin City: A Dame to Kill For returns with all the stylistic tone you’d expect from having seen the original, the action, crime, neo-noir sense seamlessly maintained across films, with similar shooting/visual effects techniques on display here. Once again weaving together several different stories, Rodriguez’s and Miller’s film follows a number of different characters with related plot threads book ending the main centre piece story which focuses on Eva Green and Josh Brolin. 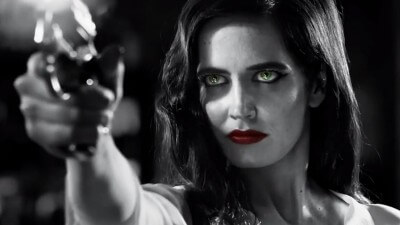 Primarily a case of more style than substance, the audience is merely dropped into the lives of these characters with little context or character development to work with. Instead the script focuses on revealing personality traits driven by the circumstances they are placed in, and overall this is an effective tool but will leave anyone hoping for some more background in the dark. Each story is cut together in a fairly minimalistic way, similar to the books things progress quickly with little time spent dwelling on underlying themes or sub-text. 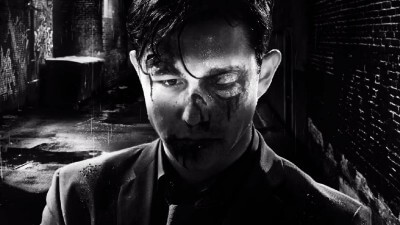 The action is constructed in an exaggerated fashion, at times it tends to get a little repetitive with the same framing of shots being used too often here, overall however it’s entertaining and the violence is in keeping with the nature of the characters and Sin City itself. It tends not to take things quite as far as the previous film, but is still very much of a similar vein. The colour palette used in the film lends much to the tone while allowing for so much flexibility in visual style, Miller and Rodriguez utilise it well for both action and characters in depicting each scene. 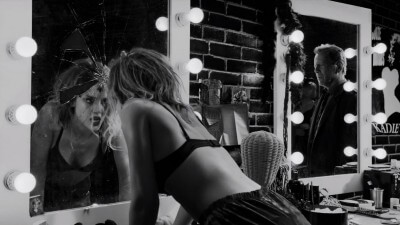 Boasting an ensemble cast Sin City: A Dame to Kill For brings solid names to even minor roles. Mickey Rourke returns as Marv for a substantial role, alongside other returning cast members including Jessica Alba, Jamie King, Rosario Dawson, and Bruce Willis. The returning cast all fit back into their roles easily despite such a large gap between films, what tends to prevent any really memorable performances however is that none of them really have to do anything we haven’t already seen so while they are good performances, it’s all pretty familiar ground. 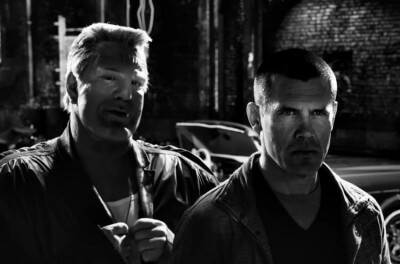 Josh Brolin picks up Clive Owen’s character Dwight, while other newcomers include Eva Green and Joseph Gordon-Levitt. Green and Gordon-Levitt are both highlights, bringing some new characters to capture the audiences’ attention which was a welcomed shift during the film.

All in all Sin City: A Dame to Kill For is a good entry in the series, it follows the template of the first film in that it is almost a seamless transition from comic to film, recreating dialogue and panels with little or no changes for the most part. 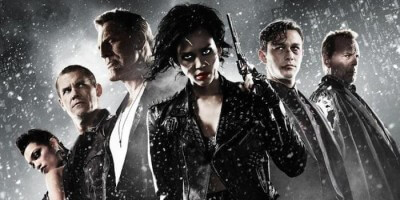 It’s hard to wonder however if the long gap in instalments, plus the fact that the Marvel Cinematic Universe rose up in the meantime and significantly altered the comic book film landscape has hurt this film’s chances of success, with a disappointing opening US domestic weekend things don’t look good for a third film, which is all the more reason to ensure you don’t miss A Dame to Kill For. 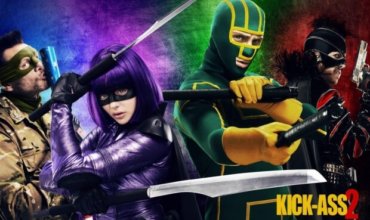