The premise of the movie SISTERS is simple. Maura Ellis (Amy Poehler) and her sister Kate (Tina Fey) are asked to return to their family home in Orlando, Florida. Their parents (Dianne Wiest and James Brolin) have sold the house and they want their daughters to remove the childhood and adolescent junk from their old bedrooms. None of this news makes the sisters happy. Neither is ready for their family home to be sold to strangers.

Their parents want to simplify their life, but neither Kate nor Maura know what to do with their own lives. Maura is a nurse who has spent the two years since her divorce helping others. Kate is a hairdresser who keeps getting fired and has a fractious relationship with her teenage daughter Haley (Madison Davenport). Haley finds Kate’s life chaotic and is looking for stability from her mother. Kate prefers to party and her lifestyle has led to her latest eviction.

When the sisters return to Orlando, they decide the only way to properly farewell the old home is to have a party. They Facebook their high school classmates and within hours set up what used to be known by their group as an “Ellis Island Party”.

Tina Fey has accurately described the film as “a teen party movie where everyone is forty-six.”  Writer Paula Pell has fashioned a story that is mainly about two sisters throwing an unsanctioned party in their parents’ house. The rest is a snapshot of the adult lives of these former high schoolers. Maura and Kate are not happy nor fulfilled. The same could be said for a number of their old friends. The script skewers this group’s middle-class preoccupations and their various parenting styles.

Fey and Poehler have great comedic chemistry that began during their improv comedy days in Chicago. We, the viewing public, didn’t get to experience the magic until their co-anchoring of the Weekend Update desk on Saturday Night Live (SNL) in 2004. Their double act has been seen to greatest effect in their triple-stint hosting the Golden Globe Awards (2013-15).  However (record-needle scratch effect), I am not certain if movies are their best medium together. BABY MAMA (2008) had Amy playing bad-ass and Tina as the organized good girl. This is reversed for SISTERS. As a fan of Fey’s 30 Rock and Poehler’s Parks and Recreation, I don’t feel SISTERS (or BABY MAMA) tops their individual television work, nor their previous sketch or hosting gigs. Sure, I can hear you out there tapping your computer screens in frustration. I’m comparing apples and oranges. I need to hand in my Fey and Poehler fan card and lanyard. Point taken, AccessReelers.

The movie is funny. The story is standard and I could have done with more surprises. The laughs are generated by solid performances from top-notch comic actors.  Pell is partly successful in getting to the emotional heart of the sisters’ tale. The movie has done good box office in the US where it opened against THE FORCE AWAKENS and came in third.

SISTERS is in wide release in Australian cinemas now. It runs for 118 minutes. (3/5) 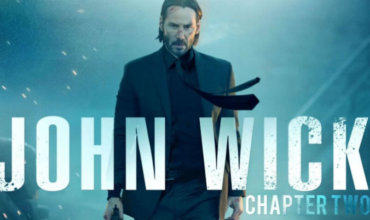 Angel of Mine Review 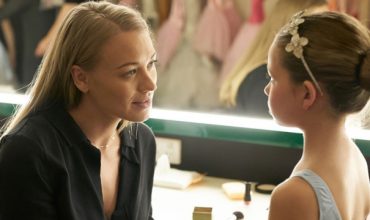