SPIDER-MAN: INTO THE SPIDER-VERSE is the latest incarnation of Marvel’s Spider-man on the big screen. Only this time, Spidey is Miles Morales…sort of. Movie fans currently see Tom Holland as Peter Parker/Spider-man as part of Marvel Cinematic Universe. Sony have put their talents into an animation that combines the latest in CG graphics and 2D animation with the popular Marvel Comics’ Spider-verse concept that was originally written by Dan Slott. The Morales character was conceived by Brian Bendis and designed by Sara Pichelli.

The Spider-verse is the collision of multiple universes that contain different Spideys. We begin the movie in the “real” world in which Peter Parker is a young, successful Spider-Man fighting supervillain Kingpin. Miles Morales is a teenager who lives in Brooklyn. His mother is Puerto Rican, his strict policeman father is African American. He pressures Miles to do well in his new charter school. While breaking curfew and spending time away on his own, Miles is bitten by a genetically-enhanced spider. Soon, he goes through physical changes and gains abilities similar to those of superhero Spider-man. Kingpin unleashes a criminal scheme that has literally world-shaking effects that put Peter Parker out of commission and causes the Spider-verse to come into existence bringing with it these alternate Spider-folk.

There’s an older, less successful Peter Parker; Spider-Gwen, a Gwen Stacey who, in her world, was bitten by the spider ; a 1930s Peter Parker, known as Spider-Man Noir; the youthful Peni Parker, a Japanese-American middle-schooler who has a cybernetic SP//dr suit; and an anthropomorphic cartoon pig, Spider-Ham. This team has to find its way back home. Miles feels he should become his world’s Spider-man, but as this team of Spider-alts show him, he hasn’t yet developed the skills and confidence for this new role.  Meanwhile, supervillain Kingpin’s scheme is wreaking further havoc on the safety of New York City.

The film’s art-style references multiple sources to render the multiverse; vintage comics, psychedelia, black and white cinema, 1960s television animation and computer gaming among many other things. Keen-eyed viewers are given much to see and enjoy, and all of it is beautifully designed, composed and animated. The story itself pulls off the equivalent of a series of triple somersaults along a highwire. It sources the comics and the live-action movies in a clever and coherent way that aims at bringing in a new audience and providing fan service simultaneously. This colourful, ever-shifting meeting of universes is where Spider-man lore and canon is subject to Olympian levels of retcon.

Co-writers Rodney Rothman and Phil Lord merrily mine and combine story material with the facility Rothman showed in 22 JUMP STREET and Lord in THE LEGO MOVIE. Their superior skills at pop culture references are greatly enhanced by the level of attention they put into emotional storyline of what is essentially Miles Morales’ Spider-man origin story. The directorial team of Rothman, Bob Persichetti and Peter Ramsey make sure all the heartfelt moments land, and it’s this part of the storytelling that takes this project from an effortlessly amusing movie to one that can connect with a wide audience.

SPIDER-MAN: INTO THE SPIDER-VERSE is an entertaining 117 minutes at the movies that is a funny and endlessly inventive take on our favourite web-slinger. (9/10) 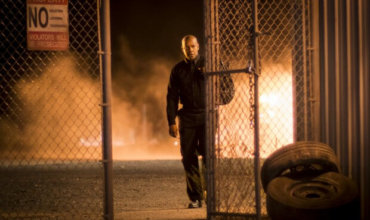 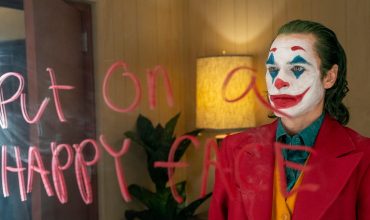