The surviving Resistance faces the First Order once more in the final chapter of the Skywalker saga.

Star Wars returns to the big screen with the closing chapter in Disney’s first Star Wars trilogy since the acquisition of Lucasfilm, with Episode IX, the final chapter in the ‘Skywalker’ saga.

JJ Abrams was handed a difficult task, to bring the conclusion to what has been a nine film arc spanning about 40 years of cinema history, which had been made more complicated by the lack of consistent direction and vision across this particular trilogy of films. While JJ was paramount to bringing the franchise back alongside Lawrence Kasdan with Episode VII, events took a significant creative departure from many of the set-ups with Episode VIII, leaving us all guessing as to what shape Episode IX would then eventually take.

Well the answer is essentially a return to the creative style and tones that JJ brought to Episode VII, but likely with some recalibrating to take into account events of The Last Jedi. Overall Episode IX is a flawed but fun, and entertaining adventure film, and it’s conclusion to the story of the Skywalker’s might not be what some were hoping for, but ultimately it’s good enough.

Poe, Finn, Rey, all return and this time around they are spending a lot of screen time together on an adventure that quickly kicks off with what feels like a response to The Last Jedi’s assault on many of the story hooks previously left dangling by JJ’s previous film. This early almost self-contained macguffin hunt takes up a lot of precious screen time in a film that is already burdened with covering more story than it’s able to, the opening act is somewhat clunky and filled with blunt exposition designed to keep the audience up to date with JJ and his writers telling the audience what’s going on rather than showing them.

These early sequences really highlight some of the shortcomings in the writing for this Episode, however with some fairly engaging action sequences and comedic touches it never stops being entertaining and fun, it’s just not compelling and dramatic either, and it’s using up previous screen time that the film could make better use of later.

Part of this films ambition includes introducing a number of new side characters, while delivering more sub-plots for its existing characters, none of this is particularly bad in itself, and maybe if time allowed it could have been explored elsewhere in the trilogy but in this concluding chapter, every second counted, and in some cases we lose screen time for no real reason in terms of charcter or story development.

The inclusion of General Leia, via archival footage was a nice touch and allowed for a continuation of Leia’s story despite real world events, however given the limitations a lot of her scenes feel shoehorned in, with almost one-sided conversations that the filmmakers have clearly endeavored to write around. The result makes the best of a tragic situation, with the sub-plot working as well as it possibly could have.

Moving beyond these elements the film does get around to its critical story path of this specific trilogy, as well revisiting and concluding the legacy story from previous trilogies. Kylo and Rey remain the most intriguing characters of this trilogy, and I entered the film with hopes of drama and emotive conflict that would rival the heights of either Empire or Jedi, but the film unfortunately falls short of this. Which isn’t to say it’s not good, it certainly is, and some elements of these characters are handled really well, but ‘good and entertaining’ seems to be where this film is able to peak as opposed to delivering something really memorable, which is disappointing to the Star Wars legacy.

Daisy Ridley and Adam Driver deserve so much acclaim, they are both excellent in their respective roles and every moment they are on screen together elevates both this film, and the trilogy. Without being specific, the Rise of Skywalker seeks to engage and address some saga-long story ideas and this is where the allocation of time amongst its various threads hurts the final act. It not only needs to deliver a conclusion for this trilogy, but for the time being a conclusion (for now) to Star Wars as well, no easy task.

The final act simply feels rushed; there are a lot of great elements to this story that should have been better executed from something as simple as a final space battle, to the drama and resolution of Rey and Kylo’s arc, as well as the conclusion of an additional villain brought in for this film and the call backs to previous trilogies. Overall the sequel trilogy has been burdened by the lack of consistent creative oversight from beginning to end, with Episodes VII, and VIII having significantly opposed views about the trilogy’s central themes and how it should play out, leaving it conflicted within itself.

However, Episodes IX remains a film that is likely to still entertain and please the masses, it’s fun, packed with action, and while it didn’t land as effectively as it could have, there’s still enough emotion in here to resonate with audiences. For the deeply invested Star Wars faithful I predict some of the inconsistencies and lack of logic and flow across the trilogy are still apparent and for some of them will leave the ending a bittersweet experience.

There was never going to be an ending that would satisfy all the fans, but the Rise of Skywalker works very hard to do so, for all its flaws, corniness, and missed opportunities there’s a lot of heart, care, and energy invested in this instalment which will no doubt be debated for years to come.

I’m giving Rise of Skywalker 7 out of 10, it’s currently showing in cinemas across Australia. 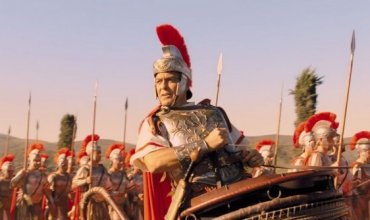 The Girl in the Spider’s Web Review 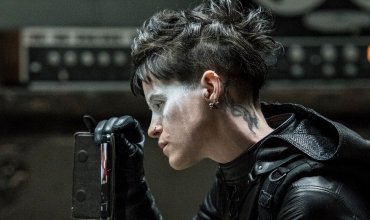