How many unknowing old biddies will toddle to the cinema this weekend, grandchild in tow, thinking they are treating their little ones to a family movie? Seems like a safe bet right; A film about a living breathing Teddy Bear? Grannies be warned: living and breathing ain’t all this stuffed toy gets up to!

Family Guy creator Seth MacFarlane lives up to his name as a ‘boundary-pusher’ in the realm of comedy, with his first move to the big screen writing, directing and voicing the animated lead character in Ted,  a romance vs. bromance flick with a sick twist.

It’s such an awesome premise, one can’t help but wonder why Disney or Dreamworks didn’t snap it up sooner: a living, talking teddy bear in a live action context. It’s everyone’s dream! Teddies tap into something deep in the human psyche, there is something inherent in our make up, we as a species are driven to personify that which we own and nothing is better personified than our beloved Teddy – Frickin’ oath!

MacFarlane kindly acknowledges our inner most desire than basterdises it in all it’s glory. Cheers MacFarlane. I might despair in the fact that now no studio will touch a live Teddy screenplay and curse MacFarlane to hell, if the film wasn’t so damn funny.

Ted tells a somewhat conventional tale of John Bennett (Mark Wahlberg) a 35 year old no-hoper at a critical juncture in his relationship with long term girlfriend, the hot (and way too good for him) Lori Collins (Mila Kunis). Like every man, Johnny possesses that loser best mate that drags him into the depths of immaturity ultimately threatening his relationship’s future. There’s just the not-so-conventional twist that this best mate is a walking talking Teddy who just happens to smoke mountains of pot and is a regular customer to Boston’s prostitutes.

If you’ve ever watched Family Guy, you’ll know that MacFarlane isn’t one to worry about who he may offend. Everyone cops it here: The Jews, Asians, Americans, the obese, Christians, Muslims, Catholics, celebrities…. you gotta give the guy credit, atleast he’s fair!

There are more than one occasions where you’ll have a ‘shake your head and moan’ moment. But lighten up and you’ll be splitting at the sides.

The flick is brimming with intertextuality, drawing from old TV shows, movies and music, and is littered with many rather self-indulgent (but still hilarious) references to Family Guy. In fact, in parts the film could be viewed as a game of ‘spot the cameo’.

The cinematography is fabulous with some great shots driven by continuous movement (check out the scene at the table where a ‘buzzing’ Ted and Johnny discuss a restaurant they, in their altered state, randomly decide to open). The editing is fast paced and clever, successfully adding to the humour.

The acting is strong on all fronts with no weak link. Marky Mark has never floated my boat but he is perfectly cast as the impressionable but well-intentioned Johnny. His interaction with Ted is absolutely convincing – impressive when you consider he would have been acting to a stick or stuffed toy in the majority of his scenes

Kunis is as likeable as ever and manages to pull off the role of ‘nagging girlfriend’ without ever coming across as annoying. MacFarlane did the motion capture for Ted and the results are exceptional. Ted looks absolutely believable (and just soooo cute!) His voice sounds the same as always, but hey: we love it!

Like any film built around such an outlandish concept, the end loses it’s way a bit but the narrator pulls it back in to make a strong finish.

Yes it’s dirty, yes it’s offensive, yes it’s foulmouthed, but Ted is an original comedy that will have you leaving with satisfyingly sore ab muscles. 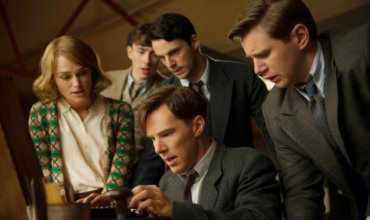 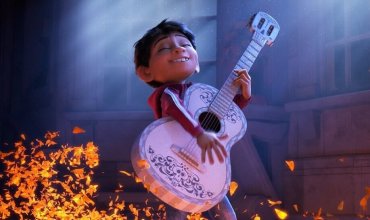