A global audience of Christopher Nolan fans has been waiting for the release of his new film TENET for most of 2020. The date was announced, then changed, then announced, then changed. It was almost as though time was travelling backwards. The actual reason was, of course, the uncertainty brought about by the Covid-19 Pandemic. The major studios have been forced to reconsider the launching of their major movies, and in some cases, whether a cinema release would be possible.

So, what do we make of the first blockbuster release on Australian screens for months?

TENET is a high-tech spy thriller that deals with quantum physics and time travel. A CIA Agent, The Protagonist (John David Washington), is part of an undercover operation in Russia. What seems like a simple retrieval operation at first, turns out to be anything but simple and it falls to pieces. The Protagonist learns that that he is only a small player in a much larger story. He is on the trail of a forthcoming, world-shattering event, but the more he discovers, the less obvious it is how to avert the cataclysmic future.

The key appears to be Andrei Sator (Kenneth Branagh) a Russian Oligarch who can communicate with the future. The Protagonist thinks he can use Sator’s wife Kat (Elizabeth Debicki) to get to him. This leads to two new and separate retrieval operations. Kat is trapped in her relationship with Sator and The Protagonist hopes he can negotiate Kat’s freedom. The bigger picture grows ever more alarming as The Protagonist uncovers more details and he perceives the extent of Sator’s deadly plan.

Nolan is in that small gang of film directors (James Cameron, Michael Bay, Steven Spielberg) whose name is a brand and can lead to major box office. In 2005, Nolan approached Warner Brothers with his interpretation of DC Comics’ Batman character in BATMAN BEGINS. The movie redefined what could be done with superheroes on film and preceded the beginning of the MCU. Nolan wasn’t concerned about super-powers, he had a take on the concept of an ordinary man using technology to combat crime. He created his movie using a combination of amazing cinematography and many practical effects, rather than relying solely on computer graphics. He had a vision and a very different, non-Hollywood way of approaching the project and somehow, he made it work so well, that his first studio blockbuster made big bucks.

In the subsequent 15 years, Nolan has continued working with Warner Brothers and has worked to the same high standards in all his films. His storytelling is often described as “cerebral” as in INCEPTION (2010) and INTERSTELLAR (2014). He doesn’t believe in “dumbing down” story details for audiences to understand. TENET’s storyline (co-written with frequent collaborator, brother Jonathan Nolan) is perhaps the most complicated that he has attempted. It begins by capturing you with its mysterious and unusual elements, but about halfway through, you may find yourself starved for some answers and needing to know somewhat more about what is exactly going on. If you’re the sort of person that doesn’t like being spoon-fed the film, then that is not what happens here.

The lack of an easily comprehensible story, throws us on the talents of the excellent cast. Washington’s character The Protagonist probably deserved an actual name. Most of us first saw the actor in Spike Lee’s BLACKKKLANSMAN (2018) where he was solid. Nolan’s film requires more, in that Washington is holding together the centre of an unusual and unpredictable film. As other reviewers have noted, he is the James Bond of this spy film and he has the star quality to bring it off. His sidekick is British agent Neil, played by Robert Pattinson. It’s good and quite different to see Pattinson taking on some of the lighter elements of the tale (although not the Leiter elements, right Bond fans?). Elizabeth Debicki’s Kat is another of her fierce characterisations and thus she channels much of the emotional content of the storytelling. Or to it another way, the overly-detailed and confusing story has little room for character development and Nolan has wisely cast an A-Grade trio of actors who have the star power and charisma to keep us watching and who look great in costume designer Jeffrey Kurland’s creations.

TENET has a palindrome for its title. Which means it reads the same forward as backward. This is a reference to the time travel concept that the film runs on. In our actual world, the film runs for a linear 2 hours and 30 minutes in a forward direction. You may have to wait until it is available on digital before you can then watch it backward. Many will want to watch it for a second time to take in the entirety of the tale that Nolan tells. If you don’t need to know what is going on at every moment and you want to experience an absolutely, visually stunning film on the big screen, then put your money down for this movie, pronto.  (7/10) 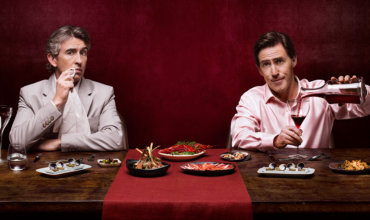 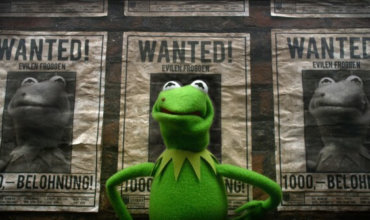