While subjected to the horrors of World War II Germany, young Liesel finds solace by stealing books and sharing them with others. Under the stairs in her home, a Jewish refugee is being sheltered by her adoptive parents.

Liesel (played by Sophie Nelisse) is a young girl living through World War II with a German family. After being adopted, she finds new friends and a new way of living. We see her struggles and hardships and we become to grow fond of Liesel. She is an independent young girl who seeks joy through reading and finds a way to escape reality through the words written on a page.

The family she lives with hide a Jewish man in their basement where she finds a great friendship and someone to confide in through trying times. Although the majority of the film is through Liesel’s perspective, the narrator is the character you’d least expect.

The acting is superb. From child to adult everyone on screen made it feel real. There was never an off beat; every expression, every moment, never a missed emotion. This will ensure the movie is a sucess in cinemas worldwide. The amount of effort put into every detail really shows and I commend this.

The set was well designed, too. The town seemed like 1940 Germany and the use of colour worked extremely well in conjunction with the set. The costumes were just perfect and well selected. Everything visually is superb.

The cinematography is very dreamlike in places and very harsh in others. When the narrator is speaking it’s very dreamy and the camera seems to ‘glide’ through the scene. When the narrator is absent, the camera flows with the emotion presented on screen. It all ties in quite nicely and flows well. The cinematography makes it easy for the audience to understand what is not said.

The film isn’t too violent but doesn’t play down the violent times of World War II. It’s a good educational film for ages 10 and over, but definitely under parent supervision as some scenes may leave them questioning. This is a good film for anyone to watch and I recommend you bring some tissues. 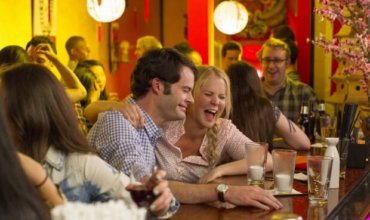 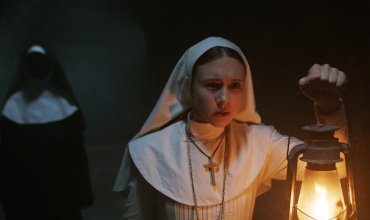