THE CONJURING 3: THE DEVIL MADE ME DO IT continues the story of Ed and Lorraine Warren, the stars of the Conjuring extended universe. Once again, they’re investigating the paranormal, fighting demons, and enjoying the happiest marriage I’ve ever seen on screen.

This one is based on the Trial of Arne Johnson. This real life guy really did kill someone. And he really did blame it on demonic possession. At the time, it was an absolute media sensation. The case became known as ‘The Devil Made Me Do It’ case.

Enter Ed and Lorraine Warren, real life couple and famous demon hunters. Obviously, their views that demons could cause murder were… pretty controversial?

But like every Conjuring film, THE DEVIL MADE ME DO IT plays it absolutely straight. There’s newspaper articles to share, and the ‘typewriter’ text at the beginning and end of the film. And that raises the stakes.

Anyway, the Warrens have been married and famous for decades at this point. But they take some time off from staring lovingly into each others’ eyes, to try to find evidence to free Arne. Evidence of demonic possession. So this film is part horror, and part detective story.

I have to say, Ruairi O’Connor is perfect casting for Arne Johnson. True, he doesn’t look much like the real life Arne. But this guy looks impossibly innocent. Pale with anxiety, his eyes are always on the edge of tears. Brilliant work.

Vera Farmiga as Lorraine, and Patrick Wilson as Ed, are the absolute heart of the Conjuring franchise. As always, Farmiga wears the best outfits, mixing Catholic modesty with elegant 1980’s fashion. And Wilson provides comic relief as a loving husband who is very worried about his incredibly competent wife. They spend a lot of time being cute together. Which is nice to see, and it gives the audience a moment to breathe between the horrors.

The film itself is just beautiful to watch. THE DEVIL MADE ME DO IT offers the very best in aesthetic clutter. The scary spaces are full of cursed antiques and spider webs. It makes my skin crawl to see them. The camera work is really impressive, and the murder scene at the beginning was so disorienting. Plus the soundscape is just chilling. A perfect mix of complete silence and claustrophobic static.

THE DEVIL MADE ME DO IT is a highly entertaining, decently scary horror film. It’s well crafted and highly suspenseful. And in parts, it’s very funny. Like the other Conjuring films, it strikes a careful balance of creeping, slow building horror, interrupted with well-signalled jump scares.

I certainly enjoyed the spine-tingles. 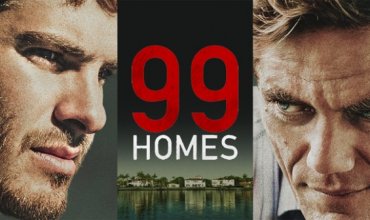 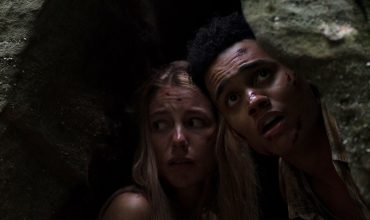