The prehistoric family the Croods are challenged by a rival family the Bettermans, who claim to be better and more evolved.

Arriving for the 2020 post-Christmas holiday period is the animated sequel The Croods: A New Age, following up on the first film released back in 2013. While there’s a new director and writers involved in this sequel, it brings back the previous cast so you’ll be hearing the likes of Nicolas cage, Emma Stone, and Ryan Reynolds bringing these characters to life once again.

With an easy to follow story concept, the Croods 2 brings a sound blend of humor and adventure for children and adults alike. Starting off where the previous film finished, the Croods are on a journey searching for a new home, along with their orphaned companion. Throwing together drastically different family cultures is where the film draws on many of its laughs, with the introduction of the more evolved and contemporary Betterman family, the Croods are in for a clash of cultures while working through some of their own family dramas.

With a large number of characters on screen naturally some receive more attention than others, there’s easily a few story arcs going on here that parents will find relatable, while kids are likely to enjoy the antics up on screen simply at face value and played for instant laughs. Managing this blend is where the film is at its best, capturing a fun adventure that’s going to give most audiences a decent laugh.

As the film moves into its second and third acts, it delves further into some particularly zany sequences, as the characters and settings that the Croods happen upon becoming increasingly outlandish. I’m not sure if this trend reaches its climax when the film introduces a language that is entirely made up of punches and slaps to the face, or when we meet the “wolf-spiders”, but by this point it’s easy to tell how much fun the writers were having with this.

To its credit the film manages to throw in more than a few plot turns, introducing some ideas and then flipping them to avoid being predictable, and with so much going on it rarely takes time for a breath. How interested the audience remains by the end, will likely depend on the tolerance for zany humor and wacky action sequences, while some will love it others are going to be ready for this one to wrap up probably a little ahead of schedule.

There’s probably a more serious undercurrent somewhere to be found in all of this, the Croods and the Betterman’s are definitely representative of some cultural divide, however it’s either intentionally left unexplored, or it’s so subtle it’s of little consequence, in either case this is probably a good outcome as it leaves the Croods free to deliver their crazy antics and leave everyone hopefully having had a fun time. 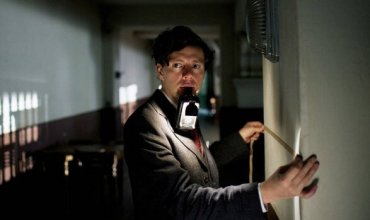 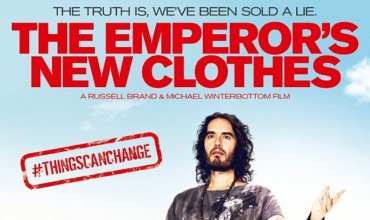