The third and final instalment in Christopher Nolan’s Batman trilogy sees the Dark Knight facing off against the super-strong terrorist Bane and the enigmatic Catwoman. Taking place eight years after the events of The Dark Knight, Gotham city revels in some long-awaited peace. Yet Selina Kyle whispers that this is merely the calm before a chaotic criminal storm. Still pinned for Harvey Dent’s crimes, Batman is forced to return to the city as a wanted fugitive in order to prevent the fall of Gotham, as well as the rise of Bane.

Director Christopher Nolan returns to the franchise that started with ‘Batman Begins’ in 2005, something of a wild card at the time which has since grown into the hugely successful Batman franchise culminating with this third and by all accounts final instalment at least for the time being.

From a screenplay by Jonathan and Christopher Nolan adapting a story by David S. Goyer and Christopher Nolan ‘The Dark Knight Rises’ (TDKR) takes place several years after ‘The Dark Knight’ (TDK), with Bruce Wayne having put aside the mantle of the bat, as an era of peace settles over the city following the end of the whirlwind of destruction wreaked by the Joker and the madness of Harvey Dent’s final hours.

Running at 164 mins TDKR is an ambitious film that covers a massive amount of story material. Drawing upon various Batman story arcs including ‘Knightfall’, ‘No Man’s Land’, ‘The Dark Knight Returns’, as well as ‘Legacy’, the film takes specific elements from each and weaves them into a story that effectively raises the scope and scale of this film beyond what was achieved in the previous two instalments. Delivering something different to the more classic Batman tales of dark alleys, and fighting crime in shadows, TDKR takes the concept of escalation (as discussed by Batman and Gordon at during the conclusion of ‘Batman Begins’) and delivers it in spades.

In Grant Morrison’s Justice League of America story ‘New World Order’, the character Protex refers to Batman as “a pathetic fragile creature” and “only one man”. As Morrison displayed in that story Christopher Nolan displays in his, that Bruce Wayne/Batman is more than a man, but a detective, a symbol, and a crusader driven by an undying need for revenge. Nolan balances this film perfectly between exploring its characters and progressing the story and events on screen.

Similar to TDK, this isn’t a film about one character, it is a film about a city, ‘Gotham City’ and the many characters that populate it. For each character in the film there is a solid amount of screen time and attention to detail ensuring that each of them is comprised of substance and is worthy for utilising precious screen time in a story of this scope.

Having the same writers and director on board for the entire trilogy brings with it a great consistency in tone, visual style, and storytelling. Capitalising on story threads from both the previous films, TDKR firmly establishes itself within the existing mythology, while further building on it as a good sequel should. Following a viewing of the latest film, there is plenty of reason given to revisit the entire franchise to see how tightly related each film is to one another.

With such a large list of characters and a well established setting the film is heavily reliant upon the cast to effectively articulate new and established relationships, amongst the events taking place around them. In Christian Bale they found an actor with a huge amount of commitment to the role and he previously delivered on the mix of playboy millionaire and brooding vigilante. Here Bale is at his best once again undergoing a physical transformation (though less extreme than some of his previous efforts) from one end of the film to another as well as personifying the desperation within Bruce Wayne as event spiral out of his control.

Tom Hardy manages to achieve so much despite primarily having to act purely through his eyes, with much of his face covered up for the majority of this film. Gary Oldman is sound once again as Jim Gordon, Joseph Gordon-Levitt occupies the screen for longer than you might anticipate and delivers good support to the cast and of course Anne Hathaway brings a graceful, sleek and devious incarnation of Selina Kyle to the screen. Not to forget of course Morgan Freeman, Marion Cotillard, and Michael Caine all of whom deliver strong performance for what is ultimately a stellar cast.

Watching each of Christopher Nolan’s Batman films in order highlights his progress as a filmmaker over recent years. Gone are the rougher shots and cuts that are noticeable in ‘Batman Begins’, with much smoother sequences delivered in TDKR. With a larger scale and more demanding logistics to deliver some of the sequences in this film, the action itself is along similar lines to TDK, though arguably it does not provide a sequence quite as surprising as the flipping truck scene in that film. However there are more than enough fight scenes, street battles, and aerial chase sequences that will keep audiences on the edge of the seat, though these are primarily crammed into the second half of the film leaving the first half with a quieter tone.

With a budget upwards of $200 million the production values for TDKR are excellent with a quality that can be seen on screen. While including a large number of special effects shots the film still carries with it a weighty practical element that keeps it somewhat grounded, which suits the non-super powered nature of the central character.

TDKR delivers so much in one film, there is easily enough content that this could have been split into two films and the volume of material covered here makes it difficult for the film to adequately cover every aspect of the events onscreen. The story structure suffers somewhat as a result, with some sequences coming across as an abridged version of events.

Overall Chistopher Nolan has rounded out his trilogy with a stunning film, which draws upon multiple story arcs from the books, packed with brilliant visuals, a fantastic cast, and tear jerking emotional heights. This is not purely a superhero film, it is a detective film, a war film, a film about a city under siege and the characters that fight to save it.

I’m giving the Dark Knight Rises 8 out of 10 stars, it is in cinemas across Australia from Thursday 19th July 2012. 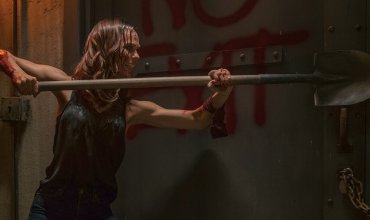 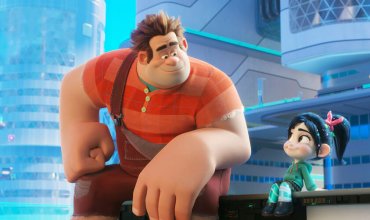