Sometimes an idea arrives at the correct cultural moment and the time is ripe for it to impress and capture an audience. And sometimes an idea is long past its use-by date. Such is the case with THE HAPPYTIME MURDERS. We are asked to imagine a world where puppets are real independent beings, living side-by-side with humans and subject to the same ambitions, fears, lusts and flaws that we are. In this world, the puppets (don’t call them the muppets) are second-class citizens who are mistreated by humans at every turn.

Phil Phillips is a puppet living in Los Angeles. He’s a private investigator who looks into the sleazy underside of puppet-life. He was the first puppet in the LAPD, but after a case that went tragically wrong, he was fired. Because of this, there has never been another puppet cop. As a result, he isn’t respected by humans, nor his own people.

When a puppet called Bumblypants is gunned down in a bad part of town, Phillips is dragged into a case that seems to be connected with an old successful television show involving a group of puppets called The Happytime Gang. Phillips has to find out the truth before anyone else dies.

So, that’s the set-up. A private eye parody of a world where certain puppets, rather than being family entertainment, are drug-taking, crime-breaking, sexual deviants. And if this was 1978, then that would be a funny, satirical premise. However, we live in a world where the movie MEET THE FEEBLES (1989) exists; there is also the television series Greg the Bunny (2002) and the stage show Avenue Q (2003-onward). All of these play with the idea of puppets who are all too human. Add to the mix TEAM AMERICA: WORLD POLICE (2004) and FRITZ THE CAT (1972) and the concept of innocent entertainment (marionettes and cartoon characters respectively) being twisted into unexpectedly adult situations, has been well-visited at the movies, on television and in the theatre. And to finish tying off all the loose ends (which are made of felt) this film is more or less a mediocre copy of WHO FRAMED ROGER RABBIT? (1988). On the plus side, if you’ve never seen any of these other movies, series or shows, then THE HAPPYTIME MURDERS will probably entertain you.

Melissa McCarthy plays Phillips’ former partner Connie Edwards, Elizabeth Banks is his former human girlfriend, Jenny, and Maya Rudolf plays Bubbles, the PI’s human secretary. All these performers have moments where their talent shines through. Joel McHale is miscast as an uptight authority figure. Bill Barretta, who is a Muppet veteran, plays the role of Phillips. Director Brian Henson has launched Henson Alternative with this movie, which is an offshoot of the Jim Henson company. The main company will continue to concentrate on family entertainment and Henson Alternative will focus specifically on more adult material. 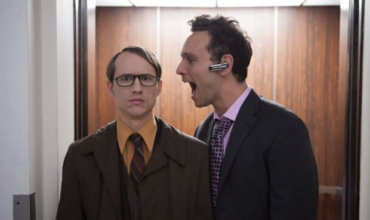 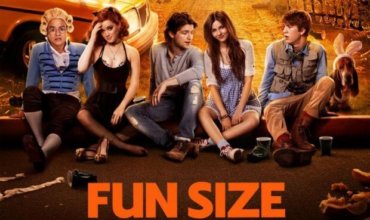