The Company of Thorin has reached the Lonely Mountain, but can Bilbo and the Dwarves reclaim Erebor and the treasure? And, if so, can they hold onto it?

So how does Jackson’s new contribution stack up? In summary, it finishes the trilogy on its highest note. The Battle of the Five Armies has a tough job to deliver, it acts as both the conclusion to this story as well as an introduction into the Lord of the Rings trilogy and it manages both of these angles quite effectively.

Despite a grander scale of events, where the Battle of the Five Armies continues to shine is in its characters, with an ever expanding cast of central roles, Peter Jackson handles them with care, taking the time to focus on their personal conflicts, and overall character nuances which helps elevate the drama of the wider conflict.

The dramatic material is overall pretty effective, and engaging, but without quite achieving the highs and emotional payoffs captured in Lord of the Rings, which is a shame. Despite this, and while the Hobbit trilogy isn’t without its shortcomings, the characterisation of Bilbo has been pitch perfect throughout, his presence on screen is a delight to watch and constantly leaves you wanting more.

The events of this film stretch beyond Bilbo’s immediate tale, and plot-wise things are managed to varying degrees of quality. Peter Jackson taps into Tolkien’s works outside of the Hobbit novel a number of times with this film, and half the time this works well, particularly when it results in one of the more entertaining action scenes, however for every time it works in Battle of the Five Armies there is a time where it doesn’t, and we visit a distant tower, or an unexpected enemy appears with seemingly little rhyme or reason.

One of the more notable differences between the Lord of the Rings and the Hobbit trilogies is the shift in use of computer generated visual effects vs. practical effects. CG visual effects are used to a much greater extent in the Hobbit, and while at times they most certainly have a place, they’re also employed in smaller character combat sequences, and this does not deliver the personal impact of a practical sequence. Comparing Aragorn’s fight with Lurtz in the Fellowship of the Ring with some of the small skirmish fighting here really highlights the difference with Aragorn’s fight being far more effective and compelling on screen.

That aside, Battle of the Five Armies is a gorgeous looking film, the preview screening was shown both in 3D and high frame rate, the 3D is unnecessary as is so often the case, and once again the HFR feel like it’s producing mixed results. It still appears problematic for more intimate shots, however when used to capture landscapes and large scale battles it looks magnificent.

Martin Freeman just couldn’t be on screen enough in his time as Bilbo, over the course of the trilogy he’s delivered an excellent performance. Ian McKellen is pretty familar as Gandalf and as grave as always, and Richard Armitage has to deliver a more varied performance here and does so quite well.

Finally it’d be remiss not to how spectacular Smaug looks in this film, his screen time is one of the highlights! Overall I thoroughly enjoyed this film, it took the series out with the best instalment in the trilogy and at 2.5 hours running time, we no doubt have an extended edition to look forward to late in 2015.

I’m giving the Hobbit: The Battle of the Five Armies 7 out of 10 stars, it’s in cinemas everywhere from Friday 26 December 2014.

Wish You Were Here Review 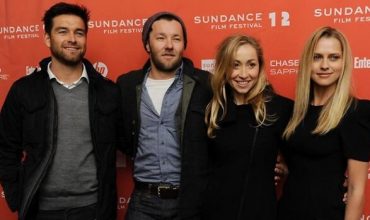 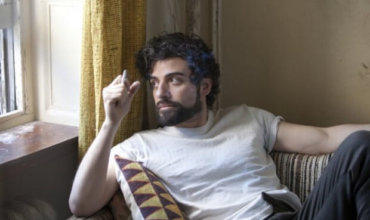