HG Wells’ 1897 science fiction novel THE INVISIBLE MAN introduced the world to the idea that human beings could use science to make themselves invisible. An inventor called Griffin discovers this power and it slowly drives him to insanity and murder.

In writer/director Leigh Whannel’s current film adaptation of the novel, the character Adrian Griffin (Oliver Jackson-Cohen) is a world leader in the field of optics. He is also the very controlling husband of Cecilia Kass (Elisabeth Moss). They live in San Francisco. Cecilia has had enough of Griffin’s stifling and demanding idea of marriage and one night she escapes from their well-protected, electronically-secure mansion. She plans to start her life anew. In the short term, she moves in with an old friend, James Lanier (Aldis Hodge) and his teenage daughter Sydney (Storm Reid).

Cecilia is physically free from Griffin, but emotionally and mentally she fears that he will react violently to her leaving. Thoroughly traumatised by their relationship she cannot disconnect emotionally and mentally.  When she receives news that Griffin has committed suicide, this simply doesn’t fit with her picture of him. Her belief is that Griffin is still alive and perpetrating a hoax to get his revenge on her. This talk sounds somewhat paranoid to others, like her sister Alice (Harriet Dyer). And as Cecilia sets about trying to prove her theory, she seems more and more disturbed.

We understand from the very beginning that she is under tremendous pressure. What she needs is for everyone to see who Griffin truly is. But no one believes Cecelia’s dead husband is destroying her life. Here the movie is a horror and a science fiction film; both genres are mixed in smartly, albeit lightly. For a time, the movie slips into well-worn Woman-in-Peril mode and brings with it some of the clichés that suggests. However, Whannel’s script mostly does a solid job changing things up at well-timed intervals. No one can see Cecilia’s invisible torturer and this situation intentionally parallels what can happen in real life when victims of violence are disbelieved by family and the authorities.

Elisabeth Moss does an excellent job showing us the many facets and nuances of Cecelia. The rest of the cast is on point with Australia’s Michael Dorman in a supporting role creating a surprisingly creepy lawyer brother to the allegedly dead husband.

Whannel has taken the idea of the Invisible Man and altered it significantly to tell quite a different tale from both the original novel and James Whale’s 1930 movie version. Before he became involved, there was discussion behind-the-scenes of an Invisible Man movie becoming part of the projected Dark Universe franchise, which aimed to reboot Universal Pictures’ classic monsters. This idea seems to have been shelved after the savaging received by 2017’s THE MUMMY. The word now is that individual directors will make stand-alone movies based on Universal’s old-time movie properties. This movie is an example of this concept. (Elizabeth Banks has already been announced as the director and star of THE INVISIBLE WOMAN which doesn’t appear to be a direct sequel or prequel of this film.)

The undeservedly overlooked UPGRADE (2018) was Whannel’s previous film and was shot in Melbourne. THE INVISIBLE MAN was shot in Sydney doubling for San Francisco. Both are Australian/American co-productions. THE INVISIBLE MAN appears to be the bigger picture in terms of production budget and has more marketing to support it, which will hopefully help at the box office. Whannel’s low budget Aussie/American co-pros (with Blumhouse among others) are an interesting experiment and have potentially good knock-on effects for the local film industry. Maybe Australian audiences will be accepting of slick, locally-made productions that feel like the American product. Time will tell.

THE INVISIBLE MAN is a well-made intense thriller with elements of horror and science fiction. It has a great central performance, good visual effects and exciting action. It plays smartly with our expectations and keeps the audience hooked up to its conclusion. Duration: 124 minutes. (8.5/10)

Darran’s interview with Leigh Whannel can be found here. 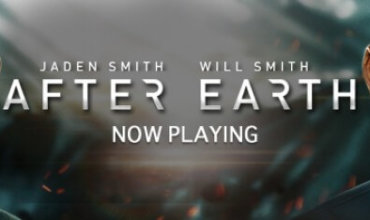