It’s adaptable in more ways then one: LEGO is like the McDonalds of the toy industry – it knows how to stay in business.

Over 80+ years LEGO has evolved from wooden toys, to plastic bricks, theme parks and TV shows. They’re on a roll it seems, churning out two movies in six months.

This latest flick is based on (but diverges from) the TV series LEGO NINJAGO. It follows 16-year-old Lloyd who suffers the misfortune of having the evil warlord Garmadon for a Dad. With Papa intent on destroying their home city of Ninjago, Lloyd and his buddies train as ninjas and persistently fight Garmadon off. But Lloyd’s Daddy issues are about to get the better of him….

As we’ve come to expect from the last two LEGO movie offerings, NINJAGO whips out a pleasing mix of wittiness, randomness, sarcasm, stupidity, pop culture references and butt humour. It’s more of the same, and a little less clever than its predecessors, but there’s still laugh out loud moments. It also serves up nice ‘blink and you’ll miss it’ gems of humour for the adults.

Aussie company Animal Logic continues to impress with their lovely animation – though there’s a noted departure from the ‘everything must be made of LEGO blocks’ mantra in this flick: There’s water, smoke, steam, ice and more that are traditionally animated as opposed to “blocked”.

There is a nice live action cameo by Jackie Chan, but otherwise THE LEGO NINJAGO MOVIE is pretty unsurprising. It simply serves up familiar fare; following the same vein of the previous (better) LEGO movies. It’s undeniably fun, but ultimately forgettable.

As a stand-alone movie, perhaps NINJAGO would impress…it’s cute, it’s fun, it’s witty…. But, as I’ve seen all the LEGO movies, I can’t help but compare them and this frenetic flick has packed less of a punch for me personally.

THE LEGO NINJAGO MOVIE….gonna have to slip this one in at 6.5

The Legend of Tarzan Review 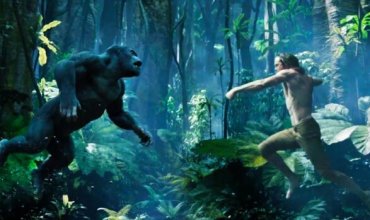 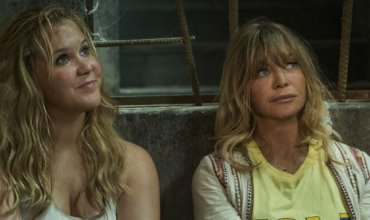