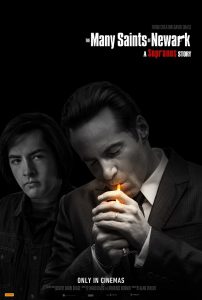 New Line Cinema’s “The Many Saints of Newark” is the much-anticipated feature film prequel to the groundbreaking, award-winning HBO drama series “The Sopranos.” The film is set in the explosive era of the Newark riots, when rival gangsters began to rise up, challenging the all-powerful DiMeo crime family’s hold over the city.