When her mother disappears, Clary Fray learns that she descends from a line of warriors who protect our world from demons. She joins forces with others like her and heads into a dangerous alternate New York called Downworld.

Creating a fantasy film that appeals mostly (and only) to teenagers ins’t an easy task. There has been much criticism of this genre that isn’t easy to ignore. This film is an adaptation from a six part novel by Cassandra Clare, and the sixth book hasn’t even been released yet.

The special effects and CGI was good. There had been a considerable amount of time and effort placed on this component of the film. The VFX team should be proud of this as the imagery created was a major standout and without them, the film would have been rather ordinary.

The acting by Lily Collins (Clary Fray) and Robert Sheehan (Simon) was great. They performed well with an under polished screenplay.

Although I am increasingly becoming tired of this fantasy, vampire, werewolf genre that’s sweeping into cinemas and on TV, I still wanted to try to give this film a fair go. If you’re a fan of this genre, you’ve already seen this film before you walk in. Teenage girl, troubled with adolescents and boy problems is struggling to find her place in society while getting caught up in some fantasy world. This is all too repetitive. There’s a mixture of so many different films it’s hard to distinguish its originality. There’s definitely a bit of TWILIGHT, HARRY POTTER and THE MUMMY, and others I’m sure you’ll pick up on if you see this film.

CITY OF BONES felt like it was trying too hard to be dark and mysterious. The clothes Clary wears throughout the film are almost ridiculous. At one point she was in a mini dress and knee-high boots for no reason at all other than to look smoking hot. Yeah, she’s hot, but if there’s no need to dress like that, why? While the other costumes felt like something off ABC, the Institute they travel to wasn’t too great either. When you look at a films set and know how the set designer has created something, it breaks the fourth wall and you’re no longer indulged by the film.

There was a ridiculous score in almost every scene of the film which could have been easily avoided. The music was a definite distraction and most scenes would have actually been better without it. Less is more!

Tacky one liners and cliches around every corner made the audience laugh in places which weren’t meant to be funny. There were just too many coincidences and obvious outcomes that were completely unrealistic even for a fantasy film.

Plot twists and plot holes galore that just don’t make sense and one in particular that will make you feel sick after what you had previously seen in the film. There was so many tiny inclusions to the two hour long film that could have been avoided and added to the extra features on the DVD.

Director Harald Zwart (The Pink Panther, The Karate Kid 2010) is set to direct THE MORTAL INSTRUMENTS: CITY OF ASHES, the second installment to the six-part story. Hopefully the second film will be received positively by the critics and fans as I am saddened and struggle to give 3 out of 10 stars. 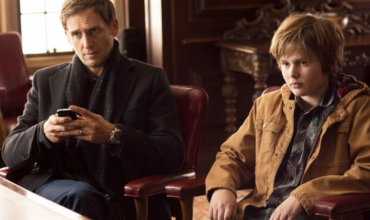 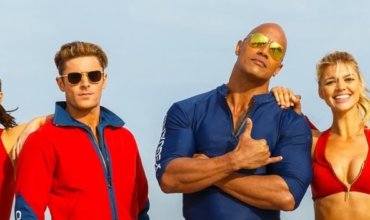