After film studios have come to their senses and realised they are financially successful, we have finally seen a surge of female driven comedies.  This year we have “The Other Women” staring Cameron Diaz, Leslie Mann, Kate Upton, Nicki Minaj, Don Johnson and Nikolaj Coster-Waldau.

The Other Woman starts off with a montage of loved up couple Carly (Diaz) and Mark (Coster-Waldau) doing normal happy couple things while trying to balance their work lives.  All seem great until we get to see Mark waking up with another woman – his wife (Mann). What follows is a glimpse of how he lies to “balance” the two women, which inevitably ends up in a hilarious scene where Carly meets the wife, Kate.  Based on mutual disgust and heartbreak, the pair strike up a friendship and start planning his downfall.  Of course, they quickly find out that they aren’t the only women.

With a few exceptions, the first 15 minutes of the film feels forced and unfunny, mainly due to Carly and Kate coming across as rather unlikable characters. Carly is nasty, cold and rude when she meets Kate (wife).  It is hard to believe that anyone could be so cruel towards someone who is equally just as big of a victim of a lying, scheming, and cheating partner.  Kate comes across as crazy, neurotic, and emotionally highly unstable woman.  Once again, I can’t see anyone handling this situation the way her character does but at least she is slightly more believable, despite being annoying. The unlikability of the characters provides a bit of a problem, considering the audience meant to hate the cheating husband.

Thankfully, whatever is happening in the beginning of the film disappears and finally takes a turn to the hilarious side.  Also, both Carly and Kate become the kind of women the viewers want to see succeed.  The laughs are plenty and consistent from then on, the audience at my screening laughed so hard, at times it was hard to hear what was said in the movie. There are plenty of scenarios which have that “OMG” moment that most comedies wish to have.

Cameron Diaz seem to be made for these types of comedies, she is in her element as the no nonsense, confident, tough lawyer.  Her scenes are some of the main ones providing the hard laugh out loud moments.  Watching her reaction to seeing the third woman on the beach is absolutely comical and might even be relatable to some women/men. Leslie Mann does what she does best – act crazy. With that being said she carries a lot of the heavy emotional elements of the film, which she manages to balance well enough. Kate Upton doesn’t have a lot to do in the movie, she really is there as just the “bouncy boobs”, which is not a criticism of her, but rather the way her role was written.

Nicki Minaj has a small but memorable role as the wise cracking belligerent secretary of Carly. Nikolaj Coster-Waldau’s character is the man in the centre of it all. This is a nice departure from his character on Game of Thrones; here he shows he is capable of holding his own in a comedy where he is surrounded by female leads known for their comedic skills.

What is a letdown in The Other Woman, besides the beginning of the film, is the fact that the female leads are either boxed into stereotypical or over the top characters. While many would argue that it is done for comedic purposes, surely a group of intelligent people can create characters that are funny without the need to place them in a box.

While it has its problems, this movie is enjoyable not just for women, but for men too. Don’t let the ridiculous “chick flick” tag stop any of you from seeing it. Though I would strongly suggest not to see it if you have recently been cheated on, just in case it gives you any ideas. I rate it 6 out of 10 stars.

The Other Women is out in cinemas now. 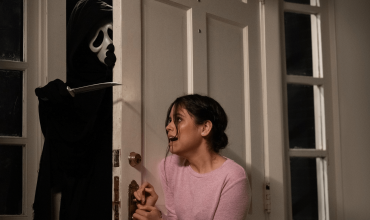 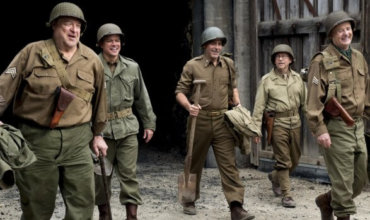