It’s 1991 and academically precocious, socially awkward Charlie is a wallflower, always watching from the sidelines, until a pair of charismatic seniors take him under their wing. Beautiful, free-spirited Sam and her fearless stepbrother, Patrick, shepherd Charlie through new friendships, first love, burgeoning sexuality, bacchanalian parties, midnight screenings of The Rocky Horror Picture Show and the quest for the perfect song. At the same time, his English teacher, Mr. Anderson introduces him to the world of literature, sparking his dreams of becoming a writer. But even as Charlie thrives in his new, more grown-up world, the pain of his past lurks just below the surface. As his older friends plan to leave home for college, Charlie¹s precarious equilibrium begins to crumble, and at the root of his sadness is a shocking revelation.

Stephen Chbosky both writer and producer on the TV series ‘Jericho’ makes his move into feature film with ‘The perks of being a wallflower’. Chbosky took on duties as writer, executive producer, and director for the film and compiled a great soundtrack to go along with it. Interestingly the film is adapted from the novel which was also written by Stephen Chbosky, originally published in 1999.

‘Perks’ is very much an intimate tale, entirely driven by its characters, primarily with the main character of Charlie and his evolution throughout the story. The film takes the time and detail to explore where Charlie is as a person at the beginning of the film and articulates with care his journey to discover new friendships, while accompanied by a profound sense of grief that is buried within him.

All of the characters are written with this sense of attention to detail and while some are given more screen time than others, they all feel as though they have a depth to them that strengthens the setting of the film. Overall it’s paced at a fairly slow burn and threatens to slow down a little too much for too long at various points in the film. However each time things turn around quickly as the material is always quite compelling, even when a little slow.

Shot in a manner that is easy to watch ‘Perks’ understands that its strength lies in its good writing and developed characters and it doesn’t distract the audience’s attention from this.

There are a number of themes being explored and Chbosky walks a fine line between drama, humour, and a heavy storyline. This is managed through some well written dialogue, subtle techniques in the filmmaking and excellent performances across the entire cast.

The biggest name in the cast no doubt is Emma Watson who convincingly hides her accent in a display that clearly demonstrates she’s poised to move into a post-Hermione Granger acting career. In the lead role is another franchise star being Logan Lerman from the Percy Jackson series. Lerman manages his character’s arc convincingly well throughout the film and he carefully retains the inner turmoil of his character as well. Erza Miller leaves a real impression however, threatening to steal most of his scenes in an outgoing manner.

The cast deliver charismatic performances, creating likeable characters despite their flaws, and this genuinely facilitates an emotional investment from the audience.

Boiled down to its simplest form ‘The perks of being a wallflower’ is very much a coming of age story, though where it sets itself part is in its courageous nature to delve into somewhat disturbing and dramatic material, but in doing so manages it with a subtlety that allows it to make its point without beating it into the audience.

I’m giving ‘The perks of being a wallflower’ 7 out of 10 stars, it’s in cinemas around Australia from Thursday 29th November 2012. 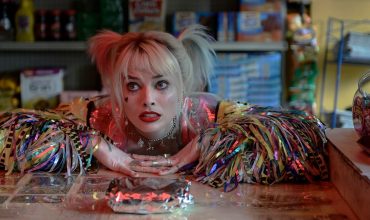 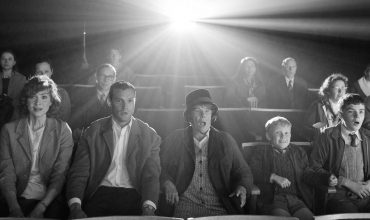