Audience Award winner at Sundance 2012, the true story of a man paralysed from the neck down, determined to lose his virginity at the age of 38 – with the help of a sex therapist and the guidance of his priest. Based on the true story of California-based journalist and poet Mark O’Brien who became paralysed and confined to an iron lung due to polio.‘The Sessions’ comes to screens chronicling a fairly specific chapter of the life of Mark O’Brien, a poet and writer who became paralysed from the neck down due to contracting polio in his youth. Mostly confined to life in an iron lung, O’Brien lived his life through intellectual pursuits, until coming to a crossroad in life where wished to pursue the loss of his virginity.

Director Ben Lewin brings this project to screens based on O’Brien’s writings, specifically his article ‘On Seeing a Sex Surrogate’ which was published in The Sun magazine in 1990 and formed part of his book ‘How I Became a Human Being: A Disabled Man’s Quest for Independence’. Lewin also a polio survivor wrote the screenplay for ‘The Sessions’ after almost a decade absence from film and TV.

Centred around such a serious and confronting issue, ‘The Sessions’ takes an uplifting and almost light hearted approach, walking a fine balancing act between the comedic aspects of the film and the drama within which it is grounded. Such a somber tone underlying the film could easily work against it however it is managed so effectively here to acknowledge the sadness and challenge of managing the disease yet with a sense of admirableness and optimism which spurs the audience along this journey alongside the central character.
Without flaunting style, with an unassuming feel, and everyday settings that need to work without grand landscapes and breathtaking imagery Lewin’s film depends entirely upon the characters and performances delivered here to keep the audience engaged and to see it through.

At the core of the film, and who without delivering a convincing performance would cause the entire production to flounder is East Bound and Down’s John Hawkes in the role of Mark O’Brien. Hawkes delivers a performance with a reserved charisma, inciting a huge amount of empathy and respect. With such dedication to the obvious physical limitations of the role he is easily believable as a severely disabled man as he channels his entire performance through his face and voice.

Also central to the film is O’Brien’s relationship with his sex surrogate portrayed here by Helen Hunt, the relationship is handled delicately as the audience is drawn deeper into it along with the characters becoming increasingly intertwined with each beyond the parameters of what such a relationship would normally consist of. Hunt handles the conflicting nature of her position effectively and naturally on screen without being glamorous.

William H. Macy delivers much of the comedic aspects of the film but not without the underlying seriousness, he threatens to steal the show several times but ultimately fits in perfectly.

Despite a modest running time of 95 mins ‘The Sessions’ threatens to over stay its welcome just a little before wrapping things up. Overall however the film delivers an entertaining take on a heavy story, and does so with a sense of optimism and wonder that Mark O’Brien inspired through his life’s achievements. 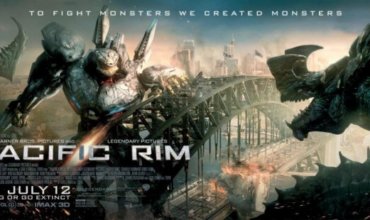 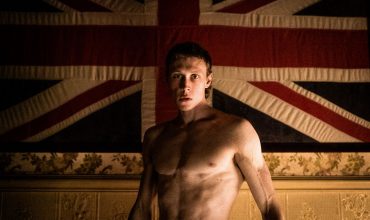