Balthazar Blake (Nicolas Cage) is a master sorcerer in modern-day Manhattan trying to defend the city from his arch-nemesis, Maxim Horvath (Alfred Molina). Balthazar can’t do it alone, so he recruits Dave Stutler (Jay Baruchel), a seemingly average guy who demonstrates hidden potential, as his reluctant protégé. The sorcerer gives his unwilling accomplice a crash course in the art and science of magic, and together, these unlikely partners work to stop the forces of darkness. It’ll take all the courage Dave can muster to survive his training, save the city and get the girl as he becomes The Sorcerer’s Apprentice

Another movie about magic, drawn from the likes of Disney’s ‘Fantasia’, and the hundred other versions of Merlin. Follows the same narrative arc that we have seen a hundred times before – boy is a nerd, falls in love with a girl, becomes a ‘chosen one’ of sorts, isn’t up for the challenge, problem arises, has to face up to the challenge, gets mentored, conflict, he becomes the hero, gets the girl, resolution. Wouldn’t exactly call that a spoiler either, just the typical predictable story we are used to.

The acting was good, newbie Jay Baruchel, who you may recognise from ‘She’s out of my League’ and ‘Tropic Thunder’, is likeable enough. I think he has a promising future in the movie industry, although he will probably get typecast as the geeky kid in everything. Nicolas Cage, well, we know who he is. It is kind of disappointing though to watch him go from such wonderful films like ‘Adaptation’, ‘City of Angels’ and ‘8mm’ to films like this one. Monica Bellucci is hot, hot, hot…but barely in it. It was nice to see Aussie actor Teresa Palmer as the love interest, go Aussie go!

So, what was wrong with the movie…

The hard part about giving characters magical powers is that when problematic situations arise later on in the film, you are left thinking ‘Er, if you can do that, why didn’t you do it before when you were in that pickle of a situation?’. It was a bit cheesy, and some of the one liners were lame. Despite what I think, I am sure the kiddies will love this movie; it has all of the pretty special effects, and a relatable protagonist. My mum loved it. I wasn’t impressed, seen it all before.  It certainly didn’t make as much money at the box office as was expected, so I can’t be alone in my views. 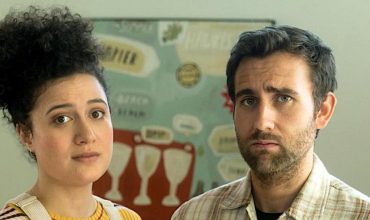