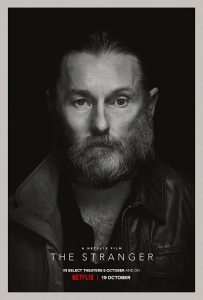 Wright’s much-anticipated second feature follows two brooding strangers – ragged loner Henry (Harris) and criminal Mark (Edgerton) – introduced by a mutual associate in the West Australian badlands. A single father, Mark takes a special interest in the impoverished Henry, while in the background one of the nation’s largest police operations is closing in.

Building on the intense exploration of relationships that he began in his widely acclaimed debut, which won the Age Critics Award in 2018, Wright delivers a masterfully tense, thought-provoking meditation on trust, truth and identity. With knockout performances from Edgerton and Harris and an unnerving soundtrack by Johnny Greenwood and Radiohead collaborator Oliver Coates, The Stranger will haunt you for days after.