The Witch, first feature film by Robert Eggers, has been receiving praise since its release overseas. So is it worth the hype?

The film set in 1630 New England, follows a Puritan family living in a remote farmhouse on the edge of the woods. Pain and despair hits the family when their baby, Samuel, suddenly vanishes while out with his older sister, Thomasin. As time passes and paranoia sets in, the family begins to blame the sister for the disappearance. As other “supernatural evil” continues to occur, they begin to accuse her of witchcraft too. Testing the family’s love and loyalty towards each other.

The Witch should not be labelled as horror, it’s a dark, creepy drama, inspired by the famous Salem witch trials. Court records and diaries from the 17th century were used to create the dialogue, allowing the quality to have an authentic antiquated feel unlike many other films. Unfortunately, some of the dialogue by the mother (Katie Dickie) and father (Ralph Ineson) can be hard to understand, not because of the words used, rather the way they were spoken during scenes which required yelling or screeching.

The dark cinematography is accompanied by sinister music, providing the film an eerie feel throughout its running time. All the elements serve to constantly remind the audience that this family is destined for something horrible. Disturbing scenes are followed by few seconds of silence and a blank screen, lending enough time to viewers to contemplate what just occured. Director Eggers, stays away from showing grotesque scenarios to their fullest, instead allowing the audience to use their imagination to fill in details. Which works well with this story.

Talented Anya Tylor-Joy, plays eldest sister Thomasin, who is repeatedly accused of being a witch by her siblings and mother. She is a breath of fresh air in such a dark depressing story.

The Witch suffers from pacing issues after the first initial heart wrenching scene. It takes its time to build up to the story which Eggers wants to tell, because of this, some viewers might find parts to be a bit lacklustre. Pace really speeds up in the last thirty minutes of the movie.

Robert Eggers has claimed that his other ideas were too unusual for movie studios, so he compromised with The Witch. In that case, I can’t wait to see what idea he will come up with if he gets the complete freedom to do what he’d like.

I would recommend this film to anyone interested in slow burn creepy dramas. There are no jumps scares or many “scary” moments, but there are certainly some disgusting ones.

The Witch is in cinemas now. 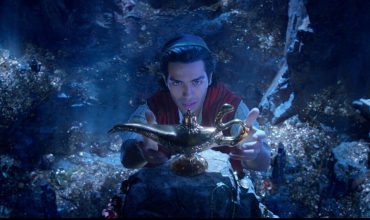 The Woman in Black Review 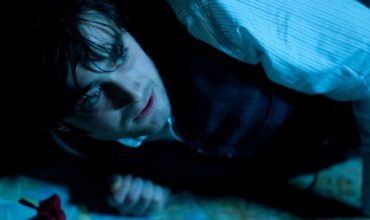