Based on the true story of Jordan Belfort, from his rise to a wealthy stockbroker living the high life to his fall involving crime, corruption and the federal government.

Scorsese is a director that needs little introduction, for his latest film he reunites with Leonardo DiCaprio to tell the story of stockbroker Jordan Belfort. The film is based on the book of the same name written by Belfort and depicts how he generated a fortune through marketing penny stocks to investors before becoming the subject of an investigation by the Alabama Securities Commission and the FBI.

The screenplay was penned by Terence Winter, who having worked on projects including the Sopranos and Boardwalk Empire, seemed to be a sound choice for the film. With a huge amount of material to consolidate into three hours, Winter precisely hones in on the key relationships and events that help shape and form Belfort’s story arc in the film. This is a complex and lengthy tale to weave into a film and Winter achieves this without an abridged feel creeping in despite the film comprising of a number of years of Belfort’s life. Certain characters and sub-plots are left as bare bones scenes and are utilised only when absolutely necessary, making for effectively managed screen time and emphasising how important every minute of screen time is despite the length.

Overall this is a superbly paced film, rarely is there a moment where the audience is not being actively engaged. Packing in scenes of office chaos, debaucherous parties filled with sex and substance abuse, Scorsese simultaneously mixes such degenerate behaviour with developing characters while effectively escalating the wider story so that there is barely a dull moment in the entire film.

Taking the subjects of fraudulent stock sales and morally dubious initial public offerings to raise capital, Scorsese decides rather than filling up time with what would involve heavy exposition to try and bring the audience in on the technical details of Belfort’s illegal financial dealings, he masterfully uses it to convey Belfort’s arrogance through his breaking of the fourth wall and impatience with the audience that he is imparting his story to.

Leonardo DiCaprio simply owns this film from beginning to end, his performance is absolutely brilliant. From inspirational rants to his staff, to fiendish drug riddled bender’s DiCaprio constantly brings out an appealing demeanour despite an unlikeable relentlessly ambitious yet charismatic character. Jonah Hill also turns in a fantastic performance that makes the most of the excellent material he’s given to work with. With more humour to play with Hill delivers some very funny scenes throughout the film while still being compelling with his dramatic material. Matthew McConaughey also proves to be unforgettable despite a brief appearance, he makes an early impact with a somewhat bizarre but highly capable character.

As much as I love Shutter Island and The Departed, The Wolf of Wall Street is the best Scorsese/DiCaprio collaboration to date. Scorsese proves he’s just as an effective, vibrant and energetic a filmmaker now as he’s ever been.

The film is packed full of extreme excesses, and depraved behaviour which may not be to the liking of some audiences but that’s entirely the point. This is an excellently crafted film with unforgettable performances that should not be missed.

I’m giving The Wolf of Wall Street 9 out of 10 stars, it’s released in cinemas around Australia from the 23rd January 2014.

The Justice of Bunny King Review 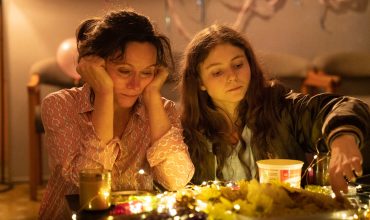 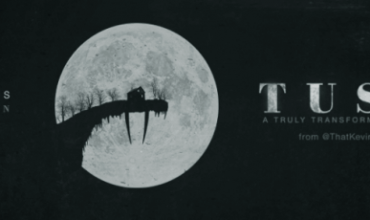