Writer/director/producer Judd Apatow brings audiences This Is 40, an original comedy that expands upon the story of Pete and Debbie from the blockbuster hit Knocked Up as we see first-hand how they are dealing with their current state of life.Judd Apatow brings the latest entry in his brand of comedy to screens with ‘This is 40’, following 2009’s ‘Funny People’, his latest is a quasi-sequel/spin-off to previous hit ‘Knocked Up’,  which catches audiences up with two supporting characters from that film portrayed by Paul Rudd and Leslie Mann.

‘This is 40’ brings with it a familiar feel that is instantly recognisable as an ‘Apatow film’, it is comprised of a blend of drama and comedy which similar to his previous films is well balanced throughout. The story to be found here is one of the inevitability of aging, love, family, marriage and the changes that come as we slowly transition from one stage of life to the next.

Once again Apatow delivers a film which comes across as both a personal and intimate tale, however it’s one that is also easy to identify with and audiences at similar stages in life will no doubt easily relate to one aspect of the film or another.

The film explores an impressive number of themes and relationships which has a tendency to weigh it down just a little too much. Not only do we view the challenges of long term marriage, alongside raising children and managing financial burdens but as if that wasn’t enough to tackle, Apatow also delves into parental relationships once children join them in adulthood, and how these relationships change or can be difficult in their own right.

Apatow took on writing duties for ‘This is 40’ and it highlights both his strengths and weaknesses in this area. Where he shines is with his characters and this shows up on screen, every character within the film is given a chance to shine and regardless of how much screen time they are given, there is enough tangibility in the writing that the performers are able to leave some kind of impact and impression on the film.

Where the film loses its way is with the overall plot, ‘This is 40’ is far from a traditional three act structure and is more an open sandbox as the film meanders along with the lives of its central characters. There is a roller coaster fashion of ups and downs that are cyclical and repetitive to the point where it’s difficult for the audience to have much perspective on where the film is at in terms of its narrative. Despite these problems however there is a sense of cohesion maintained, though at times the film is without much overall direction at all.

Paul Rudd and Leslie Mann deserve much praise for their performances here, they share a strong chemistry on screen and articulate a relationship going through many different emotions in a touching manner. Both Albert Brooks and John Lithgow do great work here and deliver on the subtleties demanded by their roles, in a reserved manner they both highlight the added pressures they place on Rudd and Mann’s characters in the film, while Megan Fox despite being utilised for a certain amount of eye candy in the film also gives the most likeable performance of her career.

‘This is 40’ isn’t without its problems, the film lacks direction at times and could be tightened up to a less generous running time without losing much (if any) impact, though it shines in the way it portrays its characters and delivers a number of laughs along the way with an undertone of more serious issues.

For audiences that haven’t enjoyed the Apatow line of dramedies to date then this film is not going to win you over, however for those who have enjoyed ‘Funny People’, ‘Knocked Up’ and ‘The 40 Year Old Virgin’, then ‘This is 40’ will be well worth a viewing. 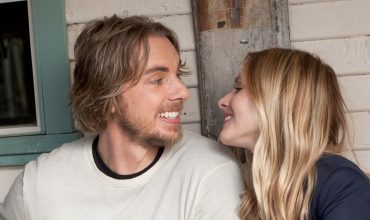 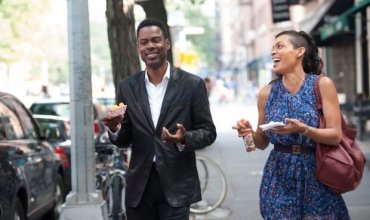