An automobile mechanic and his daughter make a discovery that brings down the autobots and decepticons – and a paranoid government official – on them.

Michael Bay returns to the Transformers franchise for its fourth instalment with Age of Extinction, the lucrative film series began in 2007 and has proven to be a financial powerhouse in cinema, grossing over a billion dollars across its first three films. This latest film is a new chapter in the series with an entirely new human character cast, and with a mostly new Transformer cast though with a few familiar faces still included. 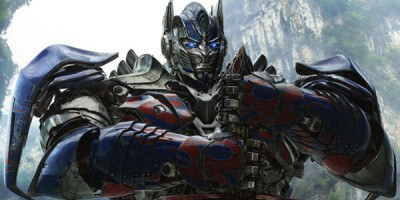 Age of Extinction takes place very much in the context of the third film, while a new chapter, the events depicted here are very much connected to the trilogy that has come before, and this is where the most interesting elements of the film are to be found. Various consequences of the previous films have played out off screen resulting in an interesting scenario and premise for this film to pick up and run with. Unfortunately Age of Extinction only manages to capitalise on this for barely its opening act, all of which is forgotten before the long running time finally wraps. 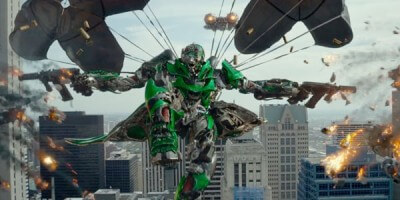 Over the course of its 2 hours and 45 minutes, Age of Extinction manages to completely lose its way. From an interesting beginning, things become increasingly convoluted by the third act as the emphasis quickly shifts from any sense of narrative to action set piece after action set piece. Other than a confused narrative that just can’t seem to settle on the direction it wants to take, Transformers 4 is packed full of cringe worthy dialogue, hyper sexualisation of young women – in fact a character who is a minor, and counter intuitive sequences with autobots that appear to just vanish into thin air when needed most. 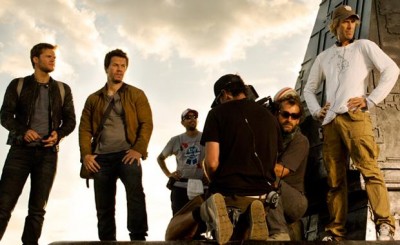 There is just so much going on within the film that appears both random and senseless leaving the impression that Michael Bay views the series as little else than an excuse for over produced action sequences (nothing really new here) of which this film is over supplied. Overall the production quality of the sets and visual effects is strong, but interestingly nothing exceeds what’s come before in this series, furthermore there are a few shots that don’t hold up well at all but generally it’s a good looking film. 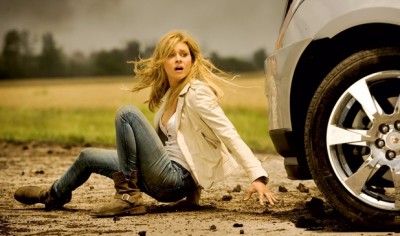 While these visual aspects have proven entertaining in purely an action engagement sense for previous films, in this instalment it’s drawn out for far too long with too little substance to sustain it. Even the sequences themselves aren’t constructed creatively or even intuitively as we see various action elements that tend not to make sense when used in the same scene. The longer this film runs the more it asks the audiences to switch off any consideration of logic behind these events.

The introduction of new characters is literally no more complicated than Optimus Prime needing a few more allies and therefore dashes off to grab a few out of isolation and bring them back to the fight. This film is home to some of the laziest writing of recent cinematic history. 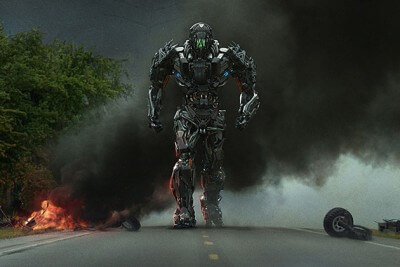 In terms of the cast the actors here make the most of what they have to work with, though the material is more concerned with where they fit within the current set piece on display than with anything else. T.J. Miller injects some fun comedy early on in the film and Mark Wahlberg is a charismatic presence as always, though he is tasked with expressing the same one note “concerned for his daughter” look countless times through the movie. Kelsey Grammer is somewhat maniacal in a far too superficial role for an actor of his ability. Nicola Peltz and Stanley Tucci round things out reasonably well but ultimately the cast is the least of this films problems, in fact they are its asset despite treating them so poorly. 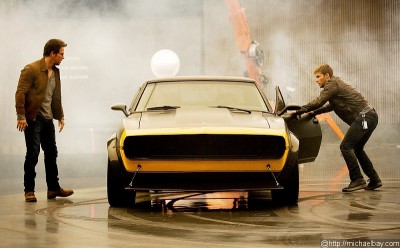 Transformers: Age of Extinction takes everything that was ill conceived about the franchise to date and exaggerates it, the poor treatment of characters (not to mention the offensive nature of some of them), and the disregard for a logical narrative leaves little to be found worth recommending. Like some of the previous films, one would have hoped this new instalment could have at least been worth viewing for a visually fun ride but with such an over indulgent running time, and constant confusion over what story direction to take, even that aspect wears far too thin by the closing scene.

I’m giving it 4 out of 10 stars, Transformers 4 is released in cinemas around Australia from Wednesday 25th June 2014. 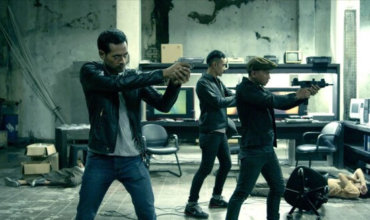 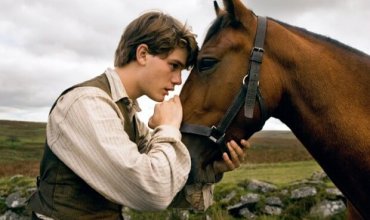