Perth dwellers will have another opportunity to see UNCHARTED WATERS, the documentary feature about Australian surfing legend Wayne Lynch. Beginning his journey in Lorne, south-west Victoria, he made an impression on a board from the age of twelve, although he remembers an affinity for the ocean from even earlier.  Those who saw him surf as a fifteen-year-old described him with terms like boy wonder and child prodigy.

He won title after title in the late 1960s. The way he surfed was innovative and he is credited for changing how others surfers understood what was possible. Australians were wowed when they saw him in competition; Americans saw what he could do through influential movies like Paul Witzig’s EVOLUTION. Surfing writer Drew Kampion observes that before Lynch, the lines of surfing tended to be horizontal and that Lynch brought it verticality.

Writer, producer and director Craig Griffin has made a film which is good on detail (we find out Lynch’s first board was an Arthur Milner balsa) but it also has a laidback flow to its presentation. The use and sourcing of historical film, photographs and music is excellent. There is plenty of footage from home movies, competitions and theatrically released surf films (like EVOLUTION). The audience is left in no doubt of the style of goofy footer Lynch in his heyday.

The subject of the documentary is a quiet character with an unassuming attitude given to saying things like, “Don’t work against nature. Don’t try to dominate.”  Lindy Lynch is on hand to speak about her husband and there is an investigation of the personal side of his life to give the story balance.  Lynch was a conscientious objector to the Vietnam War and this affected his life for a period of time in the 1970s.

Griffin’s movie is well made and kudos need to go to the departments of editing (Sara Edwards), sound-editing (Nick Batterham) and music (Craig Kamber).  I am in no way a surfer and I was engaged by this documentary for its 85 minute length.

UNCHARTED WATERS is playing for one screening at The Luna Outdoor at 8.15pm on Thursday 30 January. (6/10) 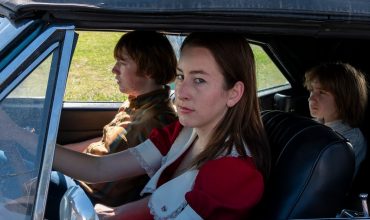 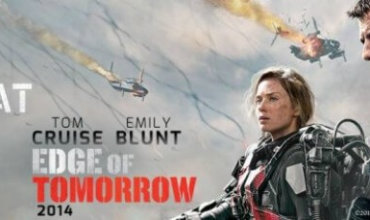