The words Whiskey Tango Foxtrot are part of the internationally recognized phonetic alphabet used when communicating by telephone or radio. It also stands for WTF, which stands for, well, you know what it stands for.

WTF sums up the situation in which New Yorker Kim Baker (Tina Fey) finds herself when she lands in Afghanistan in 2003. Baker usually writes news copy on cable television, which means she writes the words that younger, prettier people say when covering stories. And the stories she gets are utterly trivial, domestic nonsense. So when the cable channel decides to send an unmarried reporter with no family ties into the “forgotten war zone” of Afghanistan, Baker puts herself forward for the assignment. She is over 40 and utterly bored with her predictable life.

She is posted to Kabul and quickly finds herself in sub-par accommodation and surrounded by a gaggle of international correspondents who will apparently do anything to get a story and then party hard in their down time. There is plenty of drug taking, alcohol abuse and hooking up. She views these antics as the emotional equivalent of being back in middle school. Baker keeps herself at arm’s length from this turmoil because she has a boyfriend in New York. Mentally, she is still partially back in the US. She has not yet fully embraced the ex-patriate scene of the “Kabubble”.

American forces are in the midst of Operation Enduring Freedom. Even though it isn’t yet a full-on “shooting war” it isn’t a safe place to be. Baker crosses paths with a glamorous English television reporter Tanya Vanderpoel (Margot Robbie), a Scottish photojournalist, Ian McKelpie (Martin Freeman), American Marines commander General Hollanek (Billy Bob Thornton) and the Afghan Attorney General Ali Massoud Sadiq (Alfred Molina). Each of these characters takes Baker a little further into understanding how far away she has traveled from home. She is a classic fish out of water. Time passes and the war gets more serious. Slowly her exposure to this new world changes her perceptions.

Baker is Tina Fey’s most serious role since THIS IS WHERE I LEAVE YOU (2014), but as with that film, she trades on the Fey persona that we know from her various media appearances. Baker is a real world version of 30 Rock’s Liz Lemon. She is Lemon dialed down to a 5 because this woman is surrounded by actual explosions rather than showbiz egos on hair triggers. So Fey gets to be funny in her trademark smart, observational way, whilst playing a journalist who has to deal with life and death conflict.

Directors Glenn Ficarra and John Requa ably steward this story into life. The duo also co-directed I LOVE YOU PHILIP MORRIS (2009), CRAZY STUPID LOVE (2011) and FOCUS (2015). Their specialty has become clever comedy with adult themes. Although they are the writing team behind BAD SANTA (2003) they appear to have left behind that sort of in-your-face comedy in their directorial efforts. WHISKEY TANGO FOXTROT is written by Robert Carlock, the co-creator (with Fey) of television’sThe Unbreakable Kimmie Schmidt. Carlock also wrote a number of 30 Rock episodes and as Fey has said in interview, he knows how to write in her voice and what she, “is or isn’t comfortable doing”. As is always the case with Fey, she is well aware of her limitations and will find ways to get the most out of these. Here, Baker’s guardedness dovetails well with Fey’s narrow dramatic range.

WHISKEY TANGO FOXTROT is based on a memoir written by journalist Kim Barker (note the extra “r” in the name, these women are different characters). Fans of Barker’s Taliban Shuffle – Strange Days in Afghanistan and Pakistan (2012) are likely to find this quite a departure from the source material. The aims of Barker’s book are significantly different to Carlock and Fey’s movie. Fans of Tina Fey are likely to find this an entertaining film, especially if they’re prepared to see her in a moderately different light, but still generating laughs. WHISKEY TANGO FOXTROT is in Australian cinemas now. It runs for 112 minutes. (6/10) 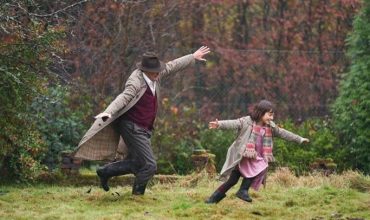 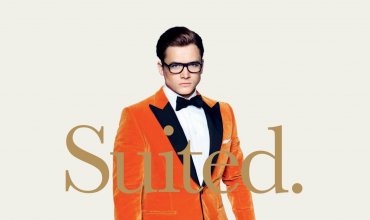