Well, it’s the ‘80s, isn’t it? Certainly the production, the costuming, and the soundtrack won’t let you forget it. And being immortal, our gal – Gal Gadot, that is – is still around. Having saved the planet from descending into an eternity of conflict back in World War One, Wonder Woman is working at the Smithsonian by day under her civilian name of Diana Prince, and fighting crime by… well, not exactly night, but when bad guys do bad guy things in the District of Columbia, Wonder Woman is on hand, even if the notion of the brightly-caparisoned Amazon as a Batman-style vigilante is a little hard to swallow, even in the joyous four colour world that director Patty Jenkins (absolute weapon) presents us.

But there she is, just in time to deal with the threat of businessman and TV personality Max Lord (Pedro Pascal, aka The Mandalorian about 17% of the time), who has found a magical doohickey that grants people’s wishes. People being people, that’s a goddamn terrible idea. And Diana must soon contend with the conflicting, selfish wishes of a planet full of people, along with her own wish – the return of her true love, Steve Trevor (the second best Chris).

Yep, that’s how Steve finds himself wearing parachute pants and listening to the hedonistic queer vibes of Frankie Goes To Hollywood (god, let the current generation rediscover that weirdness). That’s also why dowdy (as if) scientist Barbara Minerva (Kristen Wiig) is transformed into the savage Cheetah; sick of being sidelined and ignored, she wishes she were an “apex predator” and the digital effects team delivers, transforming her into a ravening beast, even though her earlier leather jacket and animal print ensemble is absolutely everything (and note the big gay energy between her and Wondy).

So, Wonder Woman 1984: a mess, but a fun one, even though it desperately needs to lose a half hour from it’s 150m+ running time. It’s flaws are many, but its strengths are legion: a raft of strong performances, centered on Gadot’s perfect rendition of WW; a number of well-staged action sequences, thanks to world beater Patty Jenkins; and a sense of – pardon me here – wonder, in that particular Silver Age comic book style that allows the silliest notes to play beautifully alongside moments of real emotion and pathos.

Which means when it soars it soars, but when it stumbles it really stacks it. There are moments and scenes here that are among the best in the superhero movie subgenre; the armoured column fight scene, Wonder Woman flying; the whole White House sequence. There are also plenty of moments where you’ll be scratching your head at the… not the lack of sense so much as the muddiness of it all, in the narrative sense. Max Lord, looking at him thematically, is a riff on the ‘80s Gordon Gekko “greed is good” toxic ethos, but this idea never feels organically integrated into the film as a whole.

Nonetheless, Wonder Woman 1984 is a good time, but it feels like a throwback in more ways than its obvious retro trappings. It feels like one of the superhero flicks we got back when narrative causality and thematic truth were less important than spectacle, which is an issue we’ve seen before in the DCEU. That makes, in the current clime, WW84 pretty pretty pretty good – but not quite great. (7/10)

Alice Through the Looking Glass Review 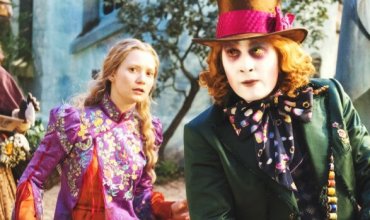 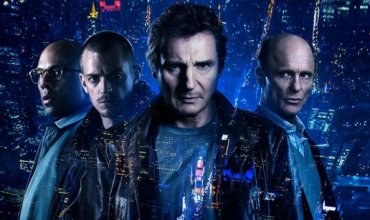