With the emergence of the world’s first mutant, Apocalypse, the X-Men must unite to defeat his extinction level plan.

X-Men series veteran Bryan Singer returns with the latest instalment, X-Men: Apocalypse, which rounds out the trilogy that began back in 2011 with X-Men: First Class. The newest film in the series blends a roster of returning characters from recent films with a healthy dose of new characters, in what is partially a climactic finale to the current new class trilogy, but also a segway/bridging film for where the series looks to be going in the future.

With a generous running time, X-Men: Apocalypse spends a bit of time setting up the new characters, before settling back into the familiar formula of parallel villain and hero arcs which blur in the second and third acts. Apocalypse is an interesting choice of villain, and a challenging character to translate to film, and while he’s a more than suitable villain for the X-Men to take on, his dramatic material here is too shallow. 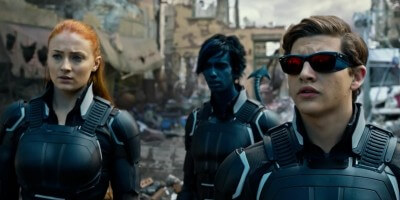 There’s a lot of focus on the scale of his power, and he’s well utilised in delivering a number of prophetic speeches, but next to some of the more rounded villains we’ve seen in previous films, the characterisation of Apocalypse isn’t as well developed, we know that ending the world as he sees it is high on his agenda, but not much futher then that is revealed.

Following the time-travel convolutions of Days of Future Past, and the multiple plots of First Class, Apocalypse is a relatively straight forward event film, a more simplistic extension of those previous films which isn’t a bad thing in itself, but it also results in some of the broad character depth and key relationships being pulled away also, which is where this X-film misses and where previous films have done so well. 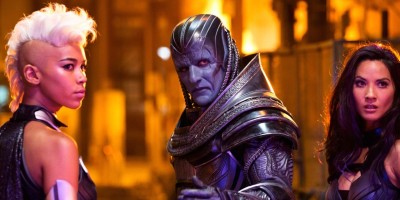 Despite having less to work with, both McAvoy and Fassbender are excellent in these roles, both having progressive arcs to deliver on for the first half of the film which they do well. Evan Peter’s take on Quicksliver continues to be a highlight, but Olivia Munn’s Psylocke receives surprisingly little material given the character’s prominence in the marketing campaign. Oscar Isaacs is well suited to the ancient mutant Apocalypse, but as mentioned earlier lacks some material to really elevate him into a memorable villain. 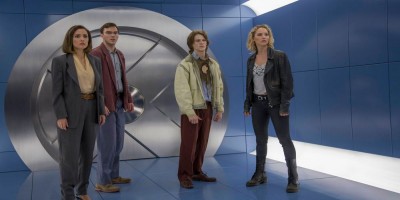 Having said that, X-Men: Apocalypse is a highly entertaining film. Quicksilver’s action set piece easily matches that of Days of Future Past, and the third act delivers a massive scale action sequence, which rivals a Transformers film.

As usual there is a healthy dose of fan service, from reconstructing scenes in previous films with the new cast, to cameos filling in gaps in the new timeline created by Days of Future Past. The new characters integrate well, and it’s fun to see the film laying the foundations for where the next major arc might go for the next instalment or two, Singer clearly has a plan on where it’s all heading.

I’m giving it 6 out of 10 stars, X-Men: Apocalypse is currently showing in cinemas around Australia. 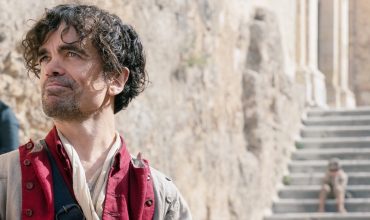