November 1939. Germany’s invasion of Poland was two months ago.  Adolf Hitler was in Munich, about to speak to a large room filled with people celebrating the Beer Hall Putsch of 1923. Sixteen years previously, the Putsch was the failed coup that became Hitler’s first significant step in his rise to power. The 1939 speech was in the original beer hall, the Bürgerbräukeller. Hidden in a pillar was a sophisticated time bomb set to kill the Führer. Unfortunately, Hitler left his podium thirteen minutes early in order to catch a plane. The bomb exploded as planned. Eight people were killed. 62 people were injured.

The bomb maker was a man called Georg Elser. He was captured and interrogated by the Gestapo. This is the story of 13 MINUTES. As Elser reveals to his captors the details of the planning and intricate building that went into the bomb, the movie flashes back to Elser’s life over the past decade. In the beginning Elser is an apolitical worker who has Communist friends, but is not a fully-fledged member of the party. He works intermittently as a labourer. Sometimes he is a carpenter. The union of woodworkers is leftist. The Nazis are active and they and the Communists frequently come to blows in the streets. Over time Elser becomes convinced that the Nazis are bad for Germany. He sees them destroying the nation and the people he loves. Simultaneously, he begins a love affair with a married woman called Else Härlen.

As the movie makes clear, Elser was no saint. Despite being considered a hero by many Germans, his life and his actions are not well known outside of Germany. Claus von Stauffenberg by comparison, who was part of the 1944 plot to kill Hitler, was a well-documented historical figure internationally even before the movie VALKYRIE (2008).

Director Oliver Hirschbiegel takes time to build the story of Elser. The film is divided into two parallel timelines; Elser in the years before 1939 and Elser the bomb maker. I felt this was a plodding way to handle the story at first, but eventually I was drawn into the tale. Elser lives in a small town and we see this world destroyed in increments as the Nazis take over the rhythms and rituals of German life. As time passes, and the humiliations mount, Elser becomes more committed to the idea that Hitler must be stopped. He is convinced that he can do it. The idea came to Elser a full year before he executed his plan.

One of the ironies of Elser’s story is that it wasn’t fully accepted at the time that he was responsible for the plan. In fact, the Nazis asserted in their propaganda that Elser was the paid stooge of British Secret Service. Amazingly, during the Cold War years, he was portrayed as a communist agent.  13 MINUTES is an attempt to set the record straight about Elser. However, as with all historical revision nothing is black and white. The Nazis considered Elser something akin to a terrorist, a malcontent using a bomb to attack the state. His actions cause the maiming and deaths of innocents. Elser himself said he was shedding blood to prevent even greater bloodshed.

Hirshbiegel was responsible for the universally acclaimed 2004 movie DOWNFALL (home of the Hitler meme) as well as the universally disliked 2013 biopic of the People’s Princess DIANA (AccessReel sort of liked it, although that was my doing.) Hirschbiegel has also made the features THE INVASION (2007) and FIVE MINUTES OF HEAVEN (2009). This is his first German feature in ten years. He elicits strong performances from his cast. Christian Friedel is brilliant as Georg Elser.

13 MINUTES is a well-made and tense movie that doesn’t shy away from the horror of torture but isn’t gratuitous in its depiction of violence.  It isn’t constrained by the good taste of prestige cinema like THE WOMAN IN GOLD, in its portrayal of the Nazis. Hirschbiegel is making serious points about authoritarian rule and torture as an interrogation technique. These themes have contemporary parallels. This is not an action picture or a thriller, but an honest attempt at a solid, historical drama. It is in limited release in Australian cinemas. It runs for 114 minutes. (8/10)

Have a listen to Darran’s Accessreel interview with Oliver Hirschbiegel 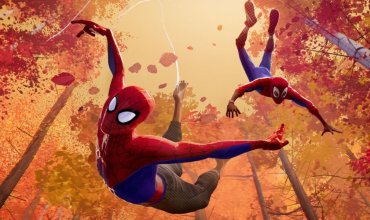 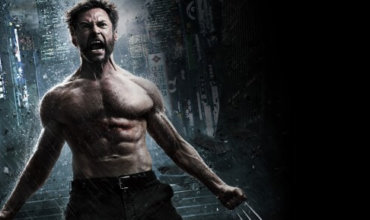