In a one-two punch of New England folklore and carelessly spilled beans, Robert Eggers established himself as a modern auteur to watch. I remember seeing The Witch on a weekday afternoon in a huge, empty cinema – factors that only added to the feeling of isolation and unease. I left with a massive appreciation for the role that sound plays in horror and a newfound goat phobia. Watching The Lighthouse among the pines of an outdoor cinema beautifully complemented the exposure to nature in all her guts and glory as two men (or was it one?) struggled with identity, sanity and seagull murder in the claustrophobia of their lodgings and the aspect ratio. I was not alone in yearning for Eggers’ next venture and at long last, The Northman races into cinemas with blood on its face and revenge on its mind. While his third film ups the scale (and budget) with a rip-roaring production that goes for the jugular, I can’t help feeling that something has been lost along the way.

Our story begins in 895 AD, around the same time that the Old Norse poem (on which the film is based) is thought to have come about. Young Amleth and his mother, Queen Gudrún (Nicole Kidman with crimped hair), welcome the return of King Aurvandill (Ethan Hawke) from battle. Secretly wounded, Aurvandill decides that his young son is ready to take over his reign and the two partake in a spiritual ritual MC’d by the king’s fool, Heimir (Willem Dafoe). The ceremony involves wolf-play and farts (would it be an Eggers film without them?) and Amleth’s fate is determined. The following day, while on a kingly stroll, Aurvandill is pierced more times than Boromir and decapitated right in front of his son. The culprit? His dark-haired brother Fjölnir (The Square’s Claes Bang) and just like Scar – King of Bad Uncles, he instructs his men to chase down and kill his nephew. Amleth manages to cut off the nose of one attempted captor, then flees his homeland in a boat, reciting “I will avenge you father; I will save you mother; I will kill you Fjölnir!” like the budding Scandi Inigo Montoya he will become.

“Years later”, Amleth has become quite the strapping lad indeed – a six-foot-something Viking berserker played by Alexander Skarsgård. He’s now part of a boy gang who enjoy gathering around fires, wearing bear or wolf pelts on their heads and howling at the moon (a scene bursting with machismo that I found highly stimulating), and we witness a stunning raid on a Rus village where Amleth and his tribe engage in a bit of pillage and plunder. After the general mayhem has subsided, Amleth wanders into a derelict temple where he encounters a Seeress (none other than Björk), who informs him that his time for vengeance against his uncle has come. Fjölnir was overthrown by Harald of Norway, you see (sidebar: imagine the embarrassment at being overthrown by someone named “Harald”) and now lives on a farm at the base of a volcano in Iceland with his prisoner wife (Amleth’s mother) and their son. Masquerading as a slave to enable passage to Fjölnir’s new homeland, Amleth works his way up the ranks in order to get closer to his uncle, and finally put this shit to bed.

If the set-up sounds familiar, then pat yourself on the back for recognising Hamlet (or The Lion King). The legend of Amleth is the inspiration for Shakespeare’s tragic Danish Prince and I wish I’d known this going in, as my recent screening of Kenneth Branagh’s 4-hour adaptation could’ve been pushed back to clear my mind of any bias. It might be my main problem with The Northman as, by comparison, this film doesn’t take authenticity as seriously. Eggers has said that it was his preference that his characters speak in Old Norse and Old Slavic (like his emphasis on language in The Witch and The Lighthouse) but because he’s “not Mel Gibson and can’t finance my own films”, the budget dictated the heavily-accented English we get instead. It is something that took me out of the film a bit, having well-known actors attempt overly-rhotic Scandi pronunciations (even Skarsgård is guilty of this and he’s a Swede). Nicole Kidman and Anya Taylor-Joy are the worst offenders but there is some relief in the supporting cast, as Dane Claes Bang does an excellent job as Fjölnir and Willem Dafoe is so chameleonic and iconic that he’s not bound by the same constraints. 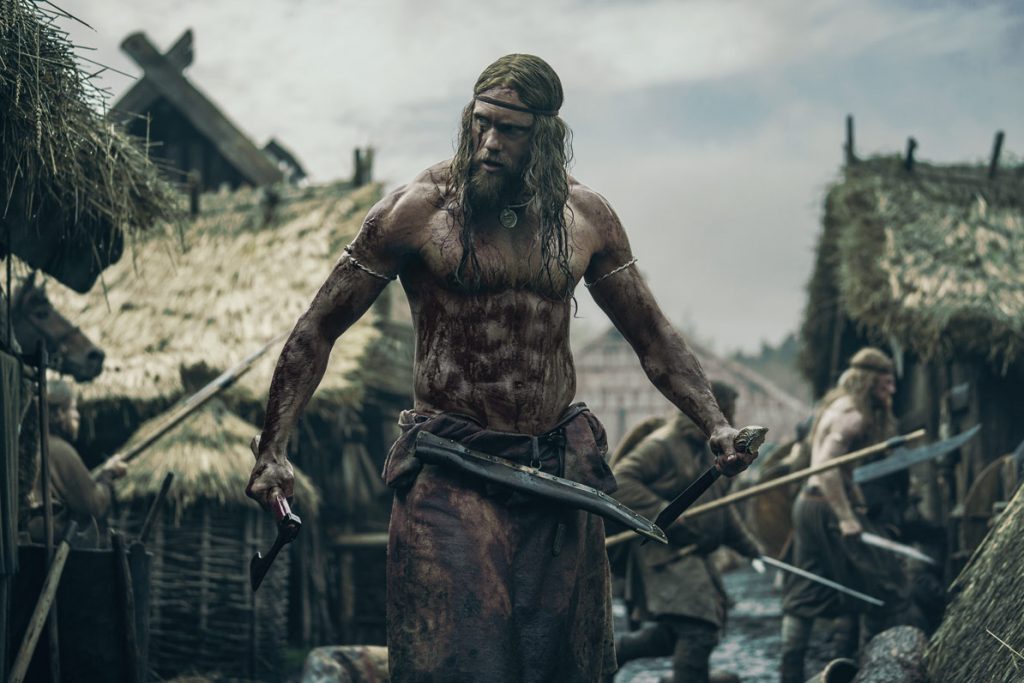 While the film may sacrifice authenticity for spectacle there is still enough Norse culture represented here to fully immerse its audience for its reasonably long runtime. The brutality of early Scandinavian practices seems to be having a resurgence (see ättestupa in Midsommar) and one of the film’s strengths lies in presenting these in relentless detail. A major highlight is a game of land Quidditch played by the slaves to amuse their lords – a ball, wooden mallets and Game of Thrones’ The Mountain are a recipe for disaster and the violence is absolutely gorgeous. The legally-recognised method of settling disputes known as holmgang is present in Amleth’s final battle, and while you might know how this one ends, you may not be prepared for just how close to The Gates of Hel you’re going to get.

Not since watching a small amount of God of War have I felt so enthralled by the fantasy of a culture’s mythology and the bloodshed that accompanies it. Hints at rituals and practices in Nicolas Winding Refn’s Valhalla Rising lean more into realism, but The Northman takes a leaf out of The Green Knight’s book and goes full storybook in certain sequences. A statue refuses to give up the magic sword Draugr unless Amleth fights him for it; a Valkyrie screeches into the night sky carrying a fallen soldier, towards a Valhalla better realised than anything in Thor. Björk’s extravagantly kitted-out Seeress functions much like Kathryn Hunter’s Witches in Joel Coen’s The Tragedy of MacBeth – if only she had as much screen time.

The fantasy is built further by Robin Carolan and Sebastian Gainsborough’s thunderous score, composed using mediaeval instruments to lend the authenticity lacking from some of the language. A boingy instrument used early on reminded me of Rainer Sarnet’s wondrous November and the mythological creature it scores, while throaty hymns (through Dolby Atmos, at least) vibrate right into your own oesophagus. The power of that final shrill symphony as Thomasin ascends to her destiny in The Witch is echoed in a more masculine timbre here with great effect (especially when paired with the half-naked bodies of very angry men).

The Northman really is epic in a way that few films have felt since the 90s, with an atmosphere and expanse that only Denis Villeneuve has managed to pull off since. But there’s that niggling sense of familiarity in even the best parts of the film, like you’ve seen it in something before. The most glaring example of this is the undeniable likeness between the film’s final battle and that of Revenge of the Sith; it’s a real shame as it detracts from the unadulterated fury and violence this particular sequence has on its side. The script is co-written by Icelandic poet (and collaborator of Björk) Sjón, who recently co-wrote the very singular Icelandic film Lamb and the script for Lars von Trier’s Dancer in the Dark. All the elements were there for something spectacular with this film but I sense that, in this instance, the money got in the way.

The Northman is a Viking epic with excellent production design, striking visuals and a piercing score from Carolan and Gainsborough, that is slightly let down by moments of overstated dialogue, silly accents and a rushed third act. Despite its many similarities to other texts, Eggers’ film still displays his vision and makes great use of its hero in Skarsgård, who carries the story on his beastly haunches all the way to its inevitably bloody end. 7/10.

The Northman is in cinemas now and I’m seeing it again tonight at Luna’s “Drink Like a Viking” Screening – buy me a mead. 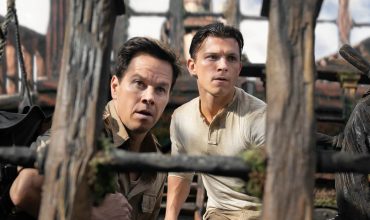