EVERYTHING EVERYWHERE ALL AT ONCE is a time-bending ride through multiple universes. Evelyn Wang (Michelle Yeoh) is a woman in her late fifties. She runs a laundromat business with her husband Waymond (Key Huy Quan). They are currently under pressure because the IRS want a review of the couple’s taxes. Previously, Evelyn attempted to cut corners in this process and this has brought the Wangs to the attention of the dogged IRS inspector, Deirdre Beaubeirdra (Jamie Lee Curtis). She was to investigate all their records for the last seven years.

While visiting the IRS offices, Evelyn feels increasingly under strain and it is here that she discovers the extraordinary circumstances that lie beneath her ordinary life. There are multiple Evelyns in multiple universes, all living different lives, but now, all the worlds are under threat from a super villain and the only thing that can change this fate is the concerted effort of the Evelyns. This struggle also involves her family in the here and now.

The original “laundromat Evelyn” feels that her unremarkable life is going so poorly, why should she put her hand up to be part of this epic struggle. She fears making a mess of this, too. She also has the faltering relationship with her daughter Joy (Stephanie Hsu) to navigate and her elderly father (James Hong) needs continual care and attention – even if he doesn’t think so. And now, because she can see and feel all her different existences, Evelyn’s ordinary existence is fragmented into infinite slivers and she keeps getting glimpses into the different dazzling lives she could have lived. And she still needs sort out her problems with the IRS. And save all the Universes from destruction.

EVERYTHING EVERYWHERE ALL AT ONCE is created to allow the audience to glimpse at all the different ways a person might have travelled along their timeline. The idea that making one change creates new timelines has been a science fiction staple for years. It is however enjoying a Zeitgeisty emergence into the mainstream thanks to the Marvel Cinematic Universe. The series Loki has particularly shown the way. However movies like THE BUTTERFLY EFFECT and LOOPER also have elements that can be found in here.

Co-writers and co-directors Dan Kwan and Daniel Scheinert have created a visually brilliant and narratively bold movie that requires an audience to pay attention. The skill of the filmmakers makes this easy because we are presented with a myriad of entertaining scenarios. Their slick lightshows are broken into by images and moments reminiscent of Michel Gondry. Other moments seem like a film-school kid lucked into US$25 million. This is not to damn with faint praise. The Daniels (as they are known) obviously want to try everything and they haven’t concerned themselves only with what looks cool.

Performances are top notch. In interviews about this project, Michelle Yeoh has spoken about how she wanted to do the role because all the different versions of Evelyn would allow her the opportunity to present different aspects of her talents. She absolutely delivers here and she does indeed presents facets of herself that we haven’t seen before. Key Huy Quan as husband Waymond is obviously best known for the role of Short Round in INDIANA JONES IN THE TEMPLE OF DOOM. In his adult life he has worked at the highest level as a stunt choreographer and the combination of his acting and stunt abilities produce a unique performance. Stephanie Hsu is a revelation in the role of Joy. What appears at first as an ignored daughter character has greater consequence in this multiverse story and Hsu rises to the challenge admirably. She nails the nuance and emotion of her Joy. I personally got a kick out of seeing James Hong who I am happy to say never disappoints.

The most challenging aspect of this production is the length. The ending is drawn out. The Daniels clearly wanted to honour the depth and scope of what they had presented in their multiverse, so if you see this movie, prepare to be dazzled thoroughly and in detail. This is a thoroughly engaging and thoughtful film with excellent performances and the storytelling ambition to go past awkward to make its points. An entertaining movie for those who embrace the weirdness. 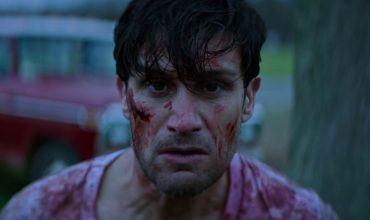 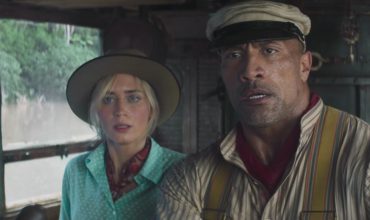