Directed by Gina Prince-Bythewood (The Old Guard) and written by Dana Stevens, The Woman King takes the historically murky backdrop of 1823 Dahomey, West Africa, blending it with a fictional coming of age struggle against oppression and colonisation.

The Agojie, kings guard, or amazons as known by European traders have earned revere among the tribelands as invincible, savage women warriors. Wives of and sworn to fight for the interests of their king, Ghezo. Forced into fealty to the Oyo empire during conflict between previous kings, Dahomey is at a cross road and Ghezo chooses war over continued subjectivity for his people.

Nawi, an allegedly wayward daughter, is gifted to the Agojie and through her eyes they revealed the secretive sisterhood as both a skillful, cold, hard military unit and loving family. Their power is understated, as they carry themselves through task and training day to day. Various new recruits join Nawi as they train hard to earn a place among the ranks of Agojie. As soon as they each overcome their personal conflicts.

With graduation comes war. There’s no time to breathe before the Agojie are thrust into conflict with new Oyo general Oda Ade and sworn enemy of Nanisca, played threateningly by Jimmy Odukoya. The Oyo are allied with even newer slave trading friends from Portugal. Together, they threaten to destroy Dahomey and enslave the people. But they will need to go through the Agojie first, which sets the stage for some fantastic, bloody battles.

The lush, dusty landscape of West Africa features heavily and is gorgeous to look at on screen. Much of the action and battle choreography is fast, impactful and not lacking in the perceived brutality one would expect from this period. These action set-pieces are broken up with interesting human stories, the characters, setting and costums are engaging and their presence felt. This forms a well paced, well produced and fulfilling cinematic experience.

However, much harsh criticism has been levelled at the production of The Woman King and some of it is not without value (while the rest is just worthless, yelling at clouds). There are historical inaccuracies that can be called out here. Why waste the time though, when apart from the trailer, The Woman King features no claim to be or be based on a true story. The Woman King is worthy viewing alongside other historically inaccurate films set against historical backdrops that have earned praise, such as 300, Saving Private Ryan and The Northman.

The film also spends no time on just how nasty Dahomey, or the Agojie were towards the smaller villages or kingdoms they’re responsible for cleansing. Though the film acknowledges the desire to move away from slave trading themselves and focus on palm oil export, it’s a glossy nod. Perhaps incorporating some more self reflecting exploration on this could elevate the story of The Woman King.

As it is, The Woman King is an enjoyable action film. A tale of a kingdom lost to history, steeped in legend and metaphor, featuring heartfelt performances. It may not rise to the level of Braveheart, or Gladiator, but it is worth catching all the same, especially on the big screen. It’s a decent seven and a half out of ten pots of gunpowder. (7.5/10)

Luke Harris
Luke is writing short stories, screenplays and film reviews when he's not at the day job or looking after the needs of his family. So one Powerball...
7.5 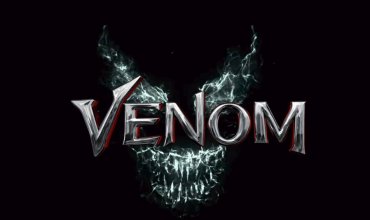