Two obscure astronomers, grad student Kate Dibiasky (Jennifer Lawrence) and her supervisor, Dr Randall Mindy (Leonardo DiCaprio) detect a comet heading straight for Earth. The numbers are incontrovertible; it’s a planet killer, destined to wipe out humanity. They take the info to the authorities, only to smack up against indifference, disbelief, and political self-interest, chiefly from President Janie Orlean (Meryl Streep doing Lauren Boebert) ands her Chief of Staff/son, Jason (Jonah Hill doing whichever Trump son you like the least). Also in the mix: tech billionaire Peter Isherwell (Mark Rylance doing Gates/Zuckerberg/Musk) who sees the business opportunities inherent in Armageddon; Dr. Teddy Oglethorpe (Rob Morgan), a NASA scientist who grasps the awful implications; morning show anchor Brie Evantee (Cate Blanchett), who is too self-obsessed to really grasp what’s going on; a couple of pop stars (Ariane Grande and Kid Cudi), a skate punk (Timothee Chalamet), and, obviously, everyone on Earth. Can we all pull together to avert catastrophe, or are we utterly screwed?

It’s the latter, of course, as this comes to us from Adam McKay, who always had a cynical streak but has in recent years, with The Big Short and Vice, been American cinema’s premiere chronicler of corruption and power in the comedy idiom. Don’t Look Up is very funny – to me, anyway, but I’ve always had a dark streak. The metaphor here is climate change, or perhaps Covid, but in general it’s our collective tendency to ignore problems that seem too big or inconvenient to deal with, and the ways in which vested interests encourage us to do exactly that.

Don’t Look Up has copped a bit of stick form many commentators because of that, with the film being labelled smug and condescending to its audience, but I don’t know, folks; I’ve seen the anti-vax protests and watched self-tapes of angry dudes in their cars decrying the Great Reset or whatever the latest conspiracy theory is. I remember Trump pontificating on the possibility of introducing a cleansing light into the body to kill Covid. I’ve watched our government make decisions based on economic ruthlessness rather than public health (hello, Ruby Princess). And I’ve seen how we’ve been encouraged to focus on celebrity and pop culture rather than the actual crisis at hand – a number of filmmakers I thought I respected didn’t exactly cover themselves in glory when people didn’t want to leave their homes to see their movies.

So when I look at Don’t Look Up, I see a perfect satirical snapshot of our current moment – I doubt Paul Verhoeven could have done better. Yes, its angry and perhaps a bit of a blunt implement, but it’s not like politeness and subtlety have been doing us too many favours of late. And I do wonder if some of the more affronted responses come not from a place of honest criticism, but one of guilt. (8/10)

Don’t Look Up streams on Netflix from Dec 24.

What’s Love Got to Do With It? Review 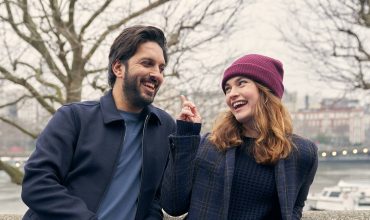